Clicks for Cash: The Competitive World of Online Sweepstakes

Share All sharing options for: Clicks for Cash: The Competitive World of Online Sweepstakes

You, average reader, have probably entered a sweepstakes at some point in your life, but generally tune them out, assuming that no one ever really wins a lifetime supply of Victoria's Secret lingerie or pricey diamond studs. But that's where you'd be wrong. This year alone, Wendy Limauge, the proprietor of Sweeties Sweeps, has won a car (her second) and a trip valued at $10,000. Other sweepers have won visits to movie sets, thousands of dollars in cash, and the chance to meet celebrities.

Sweepers figured out long ago that there's no particular trick to winning beyond volume: enter as many contests as possible and you'll win something. "It's kind of like the gym in January," explains Carolyn Wilman, who runs the site Contest Queen. "To win steady, you have to enter steady. You can't go to the gym three times and go, 'Wow, I haven't lost 20 pounds.' People do that. They go, 'Well, I entered three contests and I didn't win.' Really? I entered 3,000 this month and I won five prizes. You do the math."

"You have to develop your own radar for scams and proper etiquette."

The most dedicated sweepers devote a portion of each day to winning big, checking off the one-entry-a-day contests on their spreadsheets-cum-hit lists and trawling for new sweepstakes on social media and various sites that aggregate the latest giveaways. It's enough work to be a full-time job, and for some, that's part of the appeal.

As a hobby, sweeping predates the internet, and shares some DNA with couponing, the spendthrift pursuit that spawned a TLC reality show (a similar show about sweepers was filmed but never made it to air). Some of today's sweepers got their starts subscribing to print newsletters and filling out endless piles of carpal tunnel-inducing mail-in entry forms. But with brands both big and small trying to harness the power of the web, there are more sweepstakes out there than ever before.

For sweepers, the time and energy investment can be staggering. "There's certainly no black-and-white textbook for sweeping," says Arena Thompson, a 33-year-old in Oregon who has been entering sweepstakes since 2010. "A lot of it is you have to develop your own radar for scams and proper etiquette. I think there's a strong learning curve for learning the ins and outs." 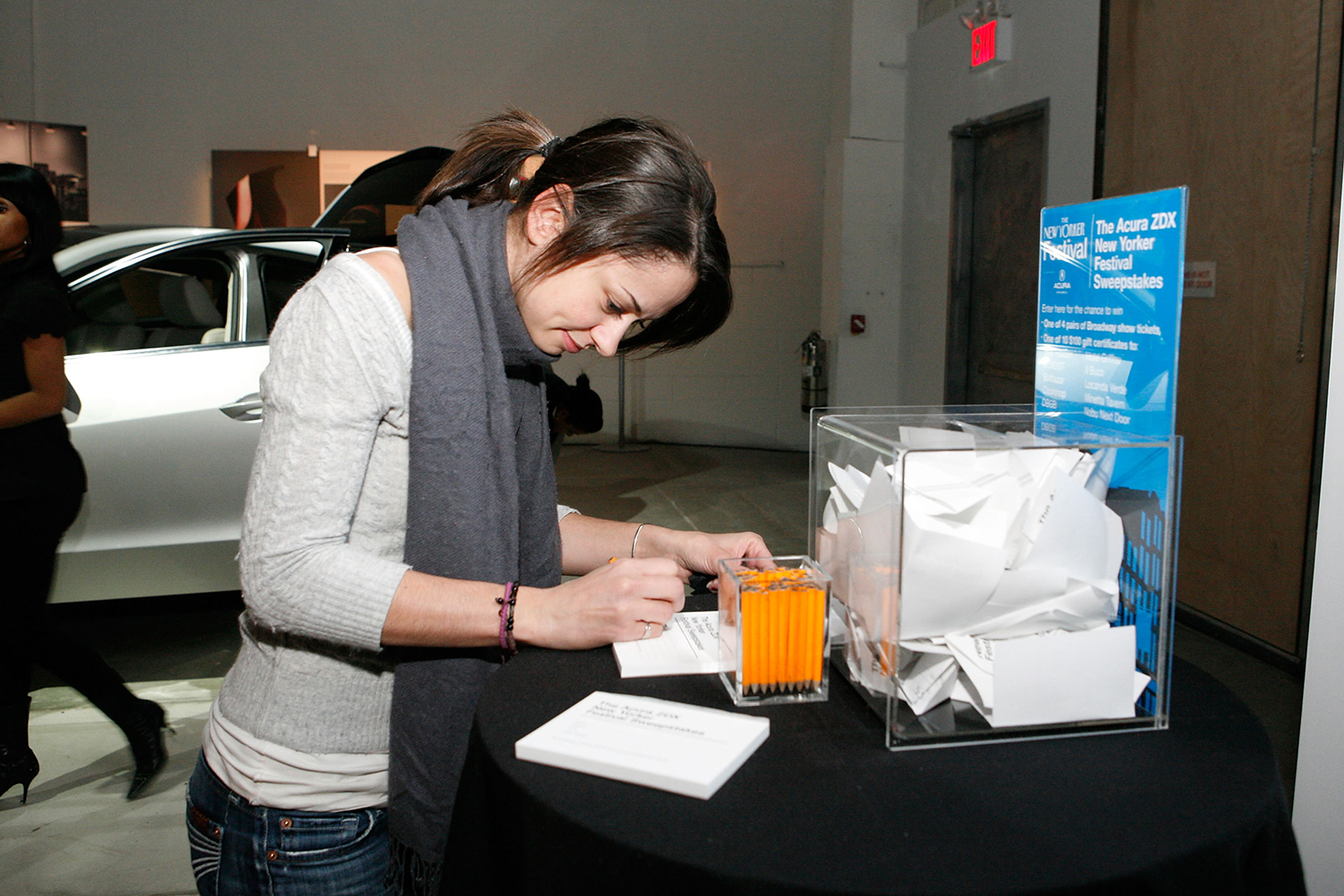 Online sweeps have eclipsed all other types of contest-entering. Photo: Getty Images

Melissa Cunningham spends 32 hours a week sweeping, often staying up until 3am and rising at 5am, taking a mid-day nap between self-imposed shifts. She's accumulated more than 200 wins for the year so far. "If you want to take a break for a few days, that's fine," says the Pennsylvania sweeper. "But if you're gonna take a break for two weeks, then you can really expect your wins to go downhill."

Rachel Clarke, 43, concedes it can be a time-suck: "This year I felt like I wasted my entire summer. Miller Lite had a contest on Twitter, where multiple times day you had to tweet a photo of yourself with a Miller Lite logo or a bottle or can and the #itsmillertime hashtag." The beer brand gave away $1,000 ten times a day for 100 days.

This same contest is what exhausted Thompson enough to make her take a month-long sweeping break. She is sitting out October, but plans to start back up November 1st. "I usually back off for a few months and then hit it hard again," says Thompson, who has won almost $10,000 in prizes this year. "The burnout rate is high when you enter for four or five hours a day."

Plus, real-life, non-sweeper friends and family members can get a bit concerned. "My parents think I'm a little crazy, because I do have a degree and I'm not really using it," says Ambrea Kuhn, a 25-year-old in Utah. She cater-waiters part-time and is able to cobble together a living through that and sweeping. A fast typer, she manages to enter 1,500 "dailies" and 200 new contests a day, all in about two hours.

"The burnout rate is high when you enter for four or five hours a day."

Though the internet has helped the sweeping community diversify, there remains a large contingent of sweepers who are stay-at-home mothers. For them, sweeping starts off as a way to pass time, occasionally growing into a noteworthy source of income. "When I started hardcore sweeping again in May, part of my goal was winning Christmas presents," says Thompson. "But the other part was to show my husband that this is a viable work alternative, because my four-year-old's going to go into kindergarten next year."

Stephanie Beaver began sweeping after the birth of her daughter, who required neo-natal intensive care that resulted in a $30,000 medical bill. Breanna Pollard, a college student in Texas, sweeps to offset the cost of tuition and textbooks. But sweeping isn't quite as reliable as a paycheck. "You can't choose what you win," says Lesley Gagnon, a 45-year-old in Iowa, noting that gift cards and prize packages won't pay your rent.

Adds Clarke: "I see some people on these sites who enter everything, and I'm like, 'Why are you doing that?' One time I think it was for a beach towel. You're spending all your time on a beach towel? I'll go get you a beach towel." Not to mention, sometimes sweepers go after a grand prize and end up with a much less appealing second or third-place options. That's how Ambrea Kuhn ended up with her worst prize: "It was one of those fold-up Frisbees. I had no idea what it was, and it flipped me in the face." Sweeper Dawn Dodge's oddest prize was a bacon-scented alarm clock iPhone accessory. (She doesn't own an iPhone.) 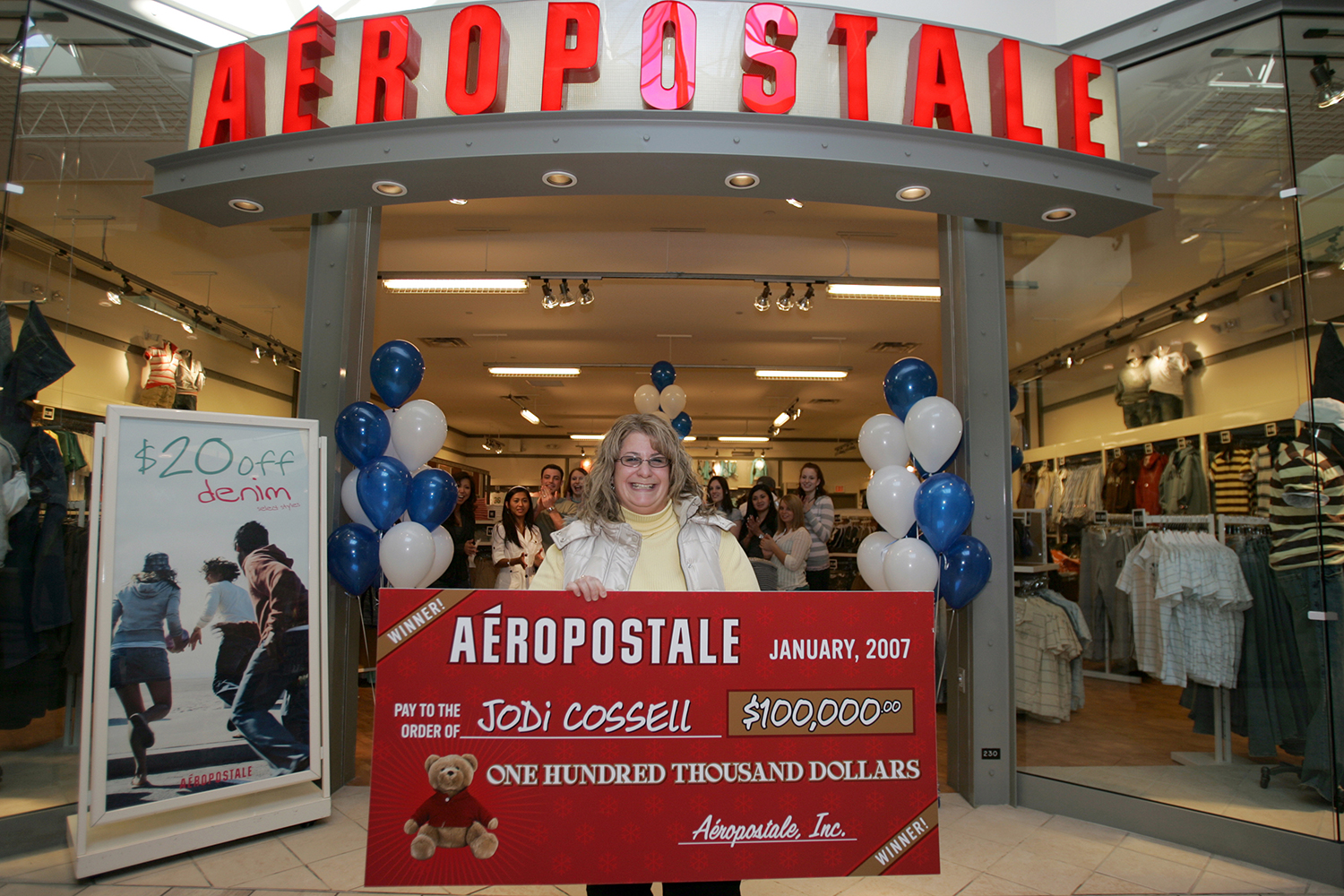 To streamline things, some sweepers are more selective about what they go after, as well as what they accept. "The first year I got into it, I entered everything and got a lot of stuff that was like, 'Eh, what am I going to do with that?'" says Gagnon. "I'm pickier now." Sweepers have also been known to turn down prizes they'd rather not pay taxes on; taxes are mandatory for prizes with values over a certain amount. Jennifer Joyner, a 31-year-old sweeper in South Carolina, explains, "If it comes down to a trip, it's got to be something that's once-in-a-lifetime, because the value of most of them is just not worth the taxes. I can plan something myself for a lot less. It's got to be something like a trip to Antarctica, something crazy."

With big-ticket items on the line, competition can get fierce. "I've gotten swear words said to me when I've won stuff," admits Audrey Bernhard, 35, who has scored about $11,000 in prizes this year. On Twitter especially, overly aggressive sweepers can come out of the woodwork. "You'll get direct messages—they'll chew you out and they'll blacklist you," adds Arena Thompson. "A lot of people that win big, they maybe get too addicted to it. It's very addictive to win constantly and have FedEx and UPS show up at your door. They get too deep into it and lose perspective that it's a game of chance."

Referrals also play a role in some contests, meaning you have to be strategic about your alliances. "I have learned the hard way that you really gotta pick and choose who your sweep friends are," says Melissa Cunningham. Still, sweepers are quick to point out that some online spaces, including the aforementioned Sweeties Sweeps, have reputations for being positive and encouraging. "It doesn't stop me from winning," Wendy Limauge says of educating aspiring sweepers with her site. "I've taught everything I know about sweepstakes to the public and it still hasn't stopped me."

"I have learned the hard way that you really gotta pick and choose who your sweep friends are."

Greg Goodson cofounded Rafflecopter, a widget for running online giveaways, and has collaborated with companies like NBC and Gap on sweepstakes. In an e-mail interview, he said that companies typically decide to run sweeps for three reasons: "to grow their online presence, to drive some buzz for their brand, and to give back to their fans." But the relationship between brands and sweepers can be uneasy.

"A lot of companies don't like sweepstakers. They think they make for poor engagement," says Contest Queen's Carolyn Wilman. Thompson says she has seen giveaways on Instagram banning sweeping-only accounts. But sweepers argue that they're consumers too, and are just as likely as anyone else to try new products or pass on recommendations to friends.

Of course, that doesn't mean they don't also have strategies for downplaying how much they sweep. Never having an e-mail address that includes the word "sweeps" is tip number one (that rules out my plan of registering "heather.schweeps," a play on my last name). Cunningham advises, "Whenever you enter from Facebook, you really want to make your page look like a consumer's. I keep a clean profile because sometimes sponsors will investigate and search people's profiles."

Most of the sweepers we spoke to say they try to support the companies sponsoring sweepstakes. Still, there are situations like that of Rachel Clarke, who doesn't smoke, but has won several prizes from cigarette companies. "We've gotten things from them, but we've never given them a dime," she says.

Aside from the drama, the burnout, and the potential for riches and glory, some people think sweeping is just plain fun, relaxing even. "Instead of going out with my friends this Saturday night, I literally just canceled my plans," says Nicole Tantype, a 22-year-old from St. Louis who has been sweeping for four years and estimates she's won over $4,000. "I'm gonna stay in. Little do they know I'm entering sweepstakes." She pauses and adds, "Well, they probably have a clue." Audrey Bernhard echoes the sentiment, "I hate to say it's like a gambling high, but in a way it is."

Take Clarke, who recently won a trip to Paris valued at $6,500 through a sweepstakes. For once, she doesn't plan on sweeping during the trip.