The veteran journalist doesn't see fragrance as luxury merchandise, but as its own art form, and he's dedicated his career to making people understand it.

It's a little past noon on a cool September morning and Chandler Burr is hunched over my wrist, deeply inhaling the lingering scent of a just-spritzed Hermès perfume. We're inside the brightly lit beauty department of New York City's Bergdorf Goodman, though judging by Burr's excitement, we may as well be kids in a candy store.

The New York Times scent critic-turned-perfume consultant is wearing a dapper suit and freshly-shined shoes, an outfit he's chosen for a discussion he'll lead later this evening to promote his new book, Dior: The Perfumes. He navigates us around a corner, away from the stiff employees manning the Hermès counter over to the Tom Ford section, where a young salesman who instantly recognizes Burr eagerly hands over some swatches of the brand's latest patchouli offering. But the olfactory expert doesn't need to be told which scents to indulge in. He reaches for one of his favorite bottles and keenly watches as I take a whiff.

"This is a spectacular freakin' scent. I love this," he exclaims. "It's hugely present, it has so much depth. It's dark, there's an absence of light in it—it works in shadows. It's the equivalent of the lower part of an orchestra. You have a trombone and a bassoon and a cello in there. It's just wonderful."

Burr is not your average perfume consumer. The 50-year-old veteran journalist doesn't see fragrance as luxury merchandise, but as its own art form, and he's dedicated much of his career to making people understand the complicated cultural significance that comes with scent.

"This is a spectacular freakin' scent. I love this."

After more than a decade of writing for publications like the Christian Science Monitor, U.S. News and World Report, and The Atlantic, Burr stumbled upon perfume by mistake. He held personal interest in art history, economics, and Eastern culture, and during a trip to London met a scientist on the EuroStar train who had a deep-rooted fascination with the art of fragrance. Burr ended up writing his 2004 book The Emperor of Scent about the scientist and from there rabbit-holed deep into the subject.

The New Yorker approached him to construct an account of the making of the Hermès scent Un Jardin sur le Nil by famed perfumer Jean-Claude Ellena, and he went on to create his scent criticism beat at the New York Times. Burr's latest book, which hit shelves last week, displays his analytical insight into a subject many see as one-dimensional.

"Unfortunately most editors at the 'beauty books' demand mind-blowingly superficial writing," Burr says. "They send their people on canned, prefabricated press trips paid for by the brands to visit the same fields of roses that were shown to them the previous year. They do pieces on 'scent wardrobing' as if it had never been done before when actually it's the 400th rehash. They list 'notes of jasmine, cocoa butter, nougat, and fresh tulip' and crap like that and think they're writing about perfume. The only way to talk intelligently about a work of art is as a whole and contextualized in schools, aesthetic styles, and technical mastery or lack thereof." 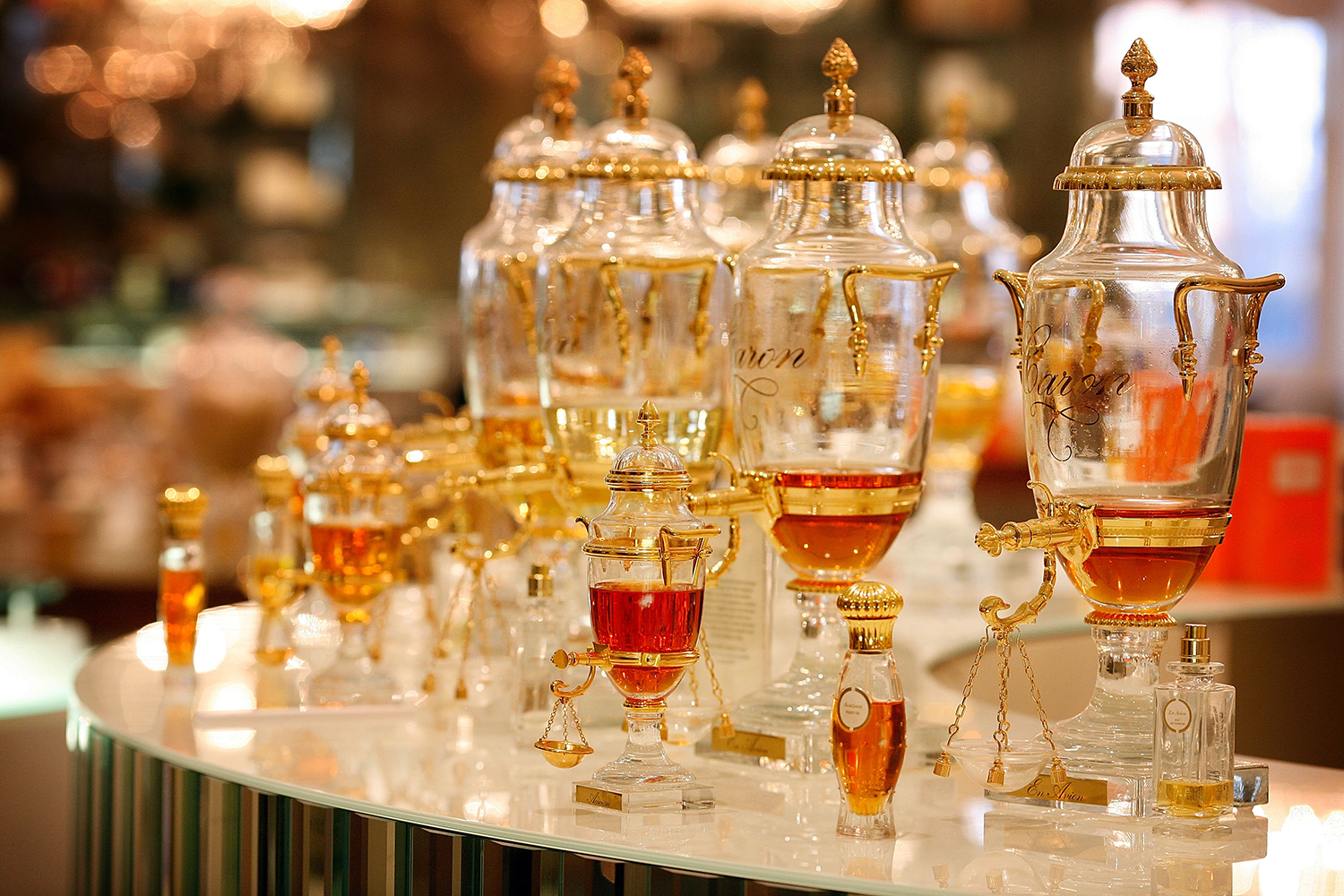 The global fragrance industry is predicted to surpass $36 billion in sales by 2017, according to Global Industry Analysts, as perfume continues to be a major lifestyle purchase among consumers. Bursting with contagious energy, Burr explains that perfume goes far beyond the name of the scent and its bottle. He sees the power of fragrance as something that can capture a feeling, a moment, an emotion.

"In a single instant, perfume transforms from a merely artisanal craft to a true art because it lies," Burr told me an hour earlier at a Midtown café. "All art must lie. All art must be artificial in the best sense of the word. The point of art is to make people feel things, to manipulate people. The stronger and deeper the emotional and intellectual reaction is, the more successful that work of art is."

Burr gives a proper amount of attention to anyone who steps into the scent market, and even more impressively treats everyone equally. Take Britney Spears, for example, whose Midnight Fantasy fragrance garnered four stars from the former critic.

And his nose—which he insists isn't better than any one else's, it just went through lots of training—doesn't just explore the depths of perfume: Burr also knows how to smell bullshit. When he covered perfumes for the Times, his assistant would spray the scents of the week on blotters and they would make picks without knowing what was what. While he knows people buy fragrance for the brand or bottle, he doesn't buy into label culture, which is why he was initially hesitant to pen a book about Dior.

"I turned it down immediately because there was no way in hell I was going to do a bunch of marketing copy, no matter how much they paid," he says. "But they re-approached me and said they wanted an artist's perspective, a critical perspective, and we worked together to find what was important, aesthetically and intellectually." 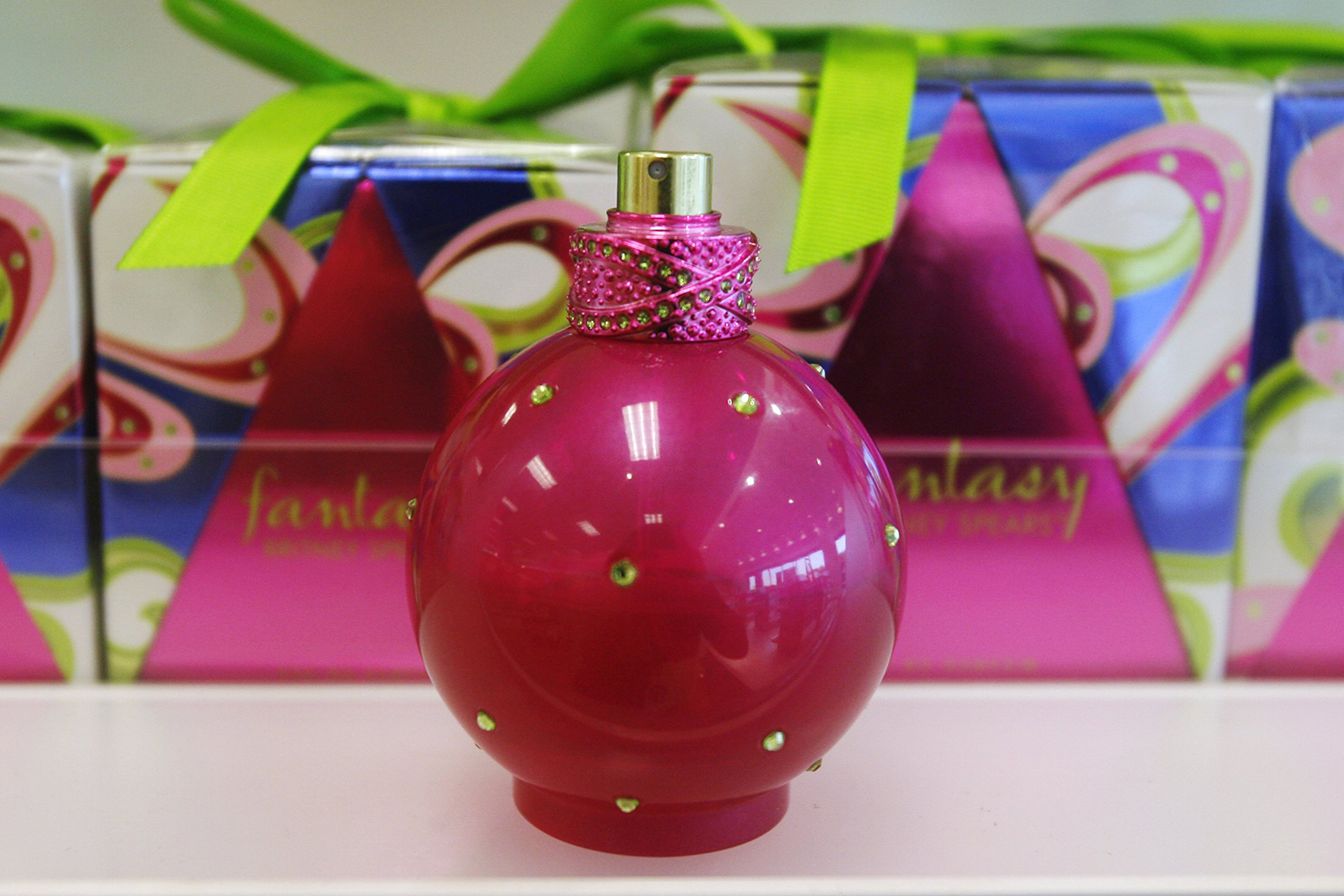 What makes a fragrance superior to others? The perfumers who work behind the scenes to concoct the perfect formula. Scents from Spears and Sarah Jessica Parker rank high in Burr's book because of the professionals they commission, whereas a brand like Armani—whose Privé Haute Couture Fragrance collection had Burr wrinkling his nose—can produce splashy bottles without garnering positive feedback.

"An inferior perfume is like a building that's designed in an inferior way," he explains. "Things fall off of it; walls crack, windows are not insulated. The building doesn't function very well. It can look beautiful in the first year or two, but the lack of quality is showing." At the Hermès counter, he picks up the classic Eau des Merveilles and adds, "This one is like a beautifully constructed building from the very first moment it opens on your skin to five hours later when it finally vanishes. It is in perfect equilibrium, the structure hasn't moved, there's not a single material that sticks out. It just hangs together."

"An inferior perfume is like a building that's designed in an inferior way."

He also despises the perfume industry's gender-specific marketing: "Would you say Brahms is for men and Beethoven is for women? No! It's total crap." He encourages people to buy a scent that truly speaks to them, which is why I find myself skipping out of Bergdorf with a sample of Oud Wood, a Tom Ford men's fragrance.

Burr now mostly works as a consultant, which has him curating aromatic museum exhibits, hosting "perfume dinner" events, and running a monthly mystery fragrance club called "The Untitled Series." His favorite places are airport duty-free shops, where he can wander the aisles and explore. His husband shares his affinity for fragrance, as do their two sons; in the morning, their 8-year-old splashes on Guerlain's Rose Barbare or Hermès Ambre Narguilé before heading off to fifth grade.

While Burr has fairly radical ideas for how perfume should be treated—and he certainly has his own critics—he believes it's only a matter of time before the rest of the world catches up. At the end of the day, he just wants people to place deeper meaning on the scents they connect with.

"People should find beauty in it, they should find truth in it," he says. "It should change their perception of the world, it should be exciting. It should have an emotional and intellectual response."