When Summer Albarcha went to her prom in Missouri a couple of years ago, she wore what she calls "a regular prom dress" accessorized with a blazer and a sparkly headscarf. Albarcha, now a 19-year-old college student, says her ability to match her fashion sense to her Muslim beliefs was the reason she started a fashion blog, Hipster Hijabis. On it, she shows off her latest normal-girl outfits (Nordstrom tops, jackets from Topshop) and provides links to Zara tunics and polka dot headscarves.

Whenever there's a story about hip, young Muslim women, aka "mipsters" or "hijabistas," Albarcha is usually mentioned. But she's part of a larger, much more disparate group of women of many different faiths—Jewish, Christian, Muslim—who dress modestly in accordance with their beliefs, trying to be as fashionable as possible while also figuring out how to cover their knees, elbows, and collarbones, and blogging about it along the way.

It's actually not a bad time to be shopping for modest clothes. Last year, Donna Karan created a Ramadan capsule collection of long, silky dresses and a marketing campaign with Middle Eastern fashion types to go along with it. But fashion is having a bit of a love affair with covering up that goes way beyond just the faithful.

"The idea of clothing is to enhance the beauty, show off the elegance of the clothing," says Albarcha. "That's a message that's been lost recently. But right now, there are a lot of modest things in style, like capes and oversized sweaters." Think shirts buttoned up to the collar, long hemlines and light cashmere sweaters by The Row (and on Mary-Kate and Ashley Olsen themselves), Maria Cornejo cocoon coats, and almost anything by Marni. Miuccia Prada is nearly always shot wearing a skirt that covers her knees and a crewneck sweater, and she appears to have never met a beret she didn't like. 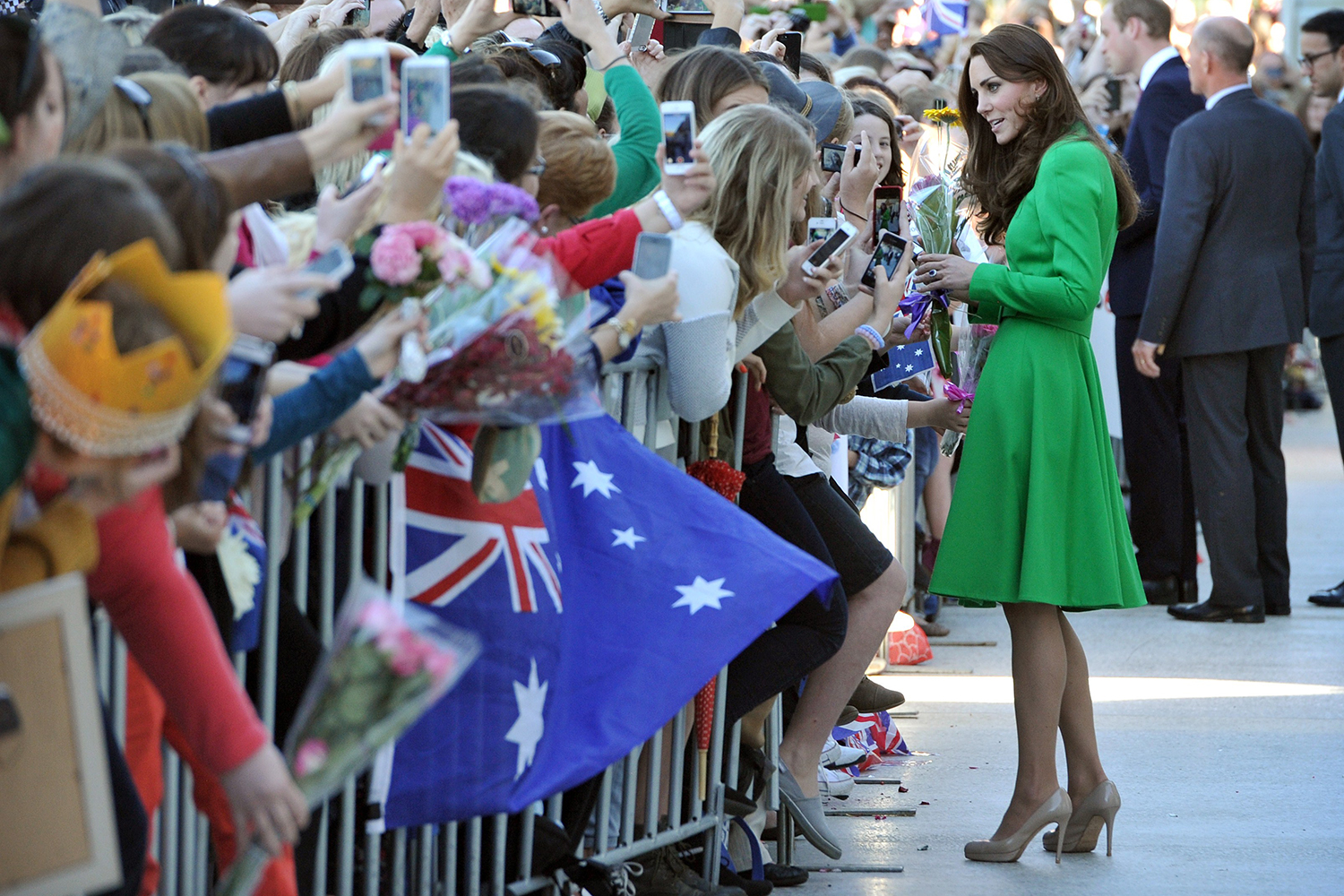 And then there's the Kate Middleton effect. The Duchess of Cambridge, with her long-sleeve wedding dress, ballet flats, and monarch-approved hemlines, is "the gold standard" of modesty, says Debbie Shatzkes, an Orthodox Jewish 29-year-old who lives on the Upper West Side of Manhattan and has a fashion blog called The Oak. Shatzkes also likes Maggie Gyllenhaal (who is "always showing up in these boho outfits but she's covered up"), Diane Von Furstenberg wrap dresses, and Elie Saab gowns. (Although Mayim Bialik, who is an Orthodox Jew, has spoken about the difficulty of finding awards show dresses that don't have plunging necklines, as well as designers willing to supply them.)

Of course, Coachella attendees, Young Hollywood, and pop stars haven't exactly followed suit when it comes to the modesty trend. "When I see someone like Ariana Grande in almost no miniskirt, I want to say, 'Put on some clothes,'" says Shatkes. "They look pretty wonderful, but there's something so sophisticated about dressing a little more covered. I don't want to say that modest and classic are interchangeable, but there was a time when covered up was the norm."

"Women want to cover up without feeling frumpy."

It's a recurring sentiment from women who aim to dress modestly that they want to project a kind of grown-up beauty along the lines of Audrey Hepburn, Grace Kelly, or Jackie O. As Jae Curtis, a Utah-based Mormon and blogger at No More Mom Jeans explains, "Women want to cover up without feeling frumpy. When I get dressed in the morning, I'm not like 'Oh, I need to cover my shoulders.'"

It just happens: She keeps her shoulders covered, makes sure dresses and skirts hit the knee or below, and avoids low-cut shirts. "I actually think that modest dressing is something that naturally occurs when you have kids and get a little older. I'm 30—I'm no longer in a place where showing a lot of skin is a priority to me. I want to look classic, clean, and stylish, so I naturally gravitate toward clothes that help me accomplish that image."

Started by a pair of Orthodox Jewish sisters-in-law, Mimu Maxi counts women of all faiths among its clients. Photo: Mimu Maxi

"Hijab allows me to control the way I'm perceived. The absence of overt sexuality allows my voice to be heard over my looks and I love that," says Melanie Elturk, 30, a Chicago and Dubai-based attorney and fashion designer for Haute Hijab whose website includes posts like "A Hijabi's Guide to Modest Dressing for your Body Type." She quotes the contemporary Islamic scholar Tariq Ramadan: "Modesty is the way you deal with beauty, not the way you avoid it."

Dressing modestly "is our way of saying, 'Yes, my body is powerful, and it's not for everyone,'" says Mushky Notik, 26, who designs the Crown Heights-based modest line Mimu Maxi with her sister-in-law Mimi Hecht, 28. As religious Jews, they strive to go beyond the ubiquitous black skirts of the Orthodox set. They have a very specific aesthetic. Their smock-like clothes are flowing, draped, and sometimes asymmetrical and wouldn't look out of place at a cool downtown boutique like Creatures of Comfort, Maryam Nassir Zadeh, or Henrik Vibskov.

Perhaps because of that, they have a slew of non-Jewish customers who order from them and show up at their pop-up shops. They love reaching a larger audience and will include, say, a girl in a headscarf wearing their skirt leggings on their Instagram with captions like, "incorporates the skirt into her #Muslim #Hipster #modestfashionvibe." The comments can be a veritable interfaith group hug: "It's so nice to see my Muslim sisters and my Jewish sisters working together in making peace in a world full of turmoil. #PEACE #LOVEIT!" posted user @happyhijabi2001.

Sometimes, however, the conversation heats up. About a year ago, Albarcha posted an outfit of the day that consisted of a Mimu Maxi skirt and hijab; the brand, in turn, reposted the photo to its various social media accounts. Some customers didn't like it, citing the Israeli-Palestinian conflict as reason to boycott the brand. Hecht and Notik's official response on Facebook was that "any Jewish support of modesty in the world at large should be promoted." 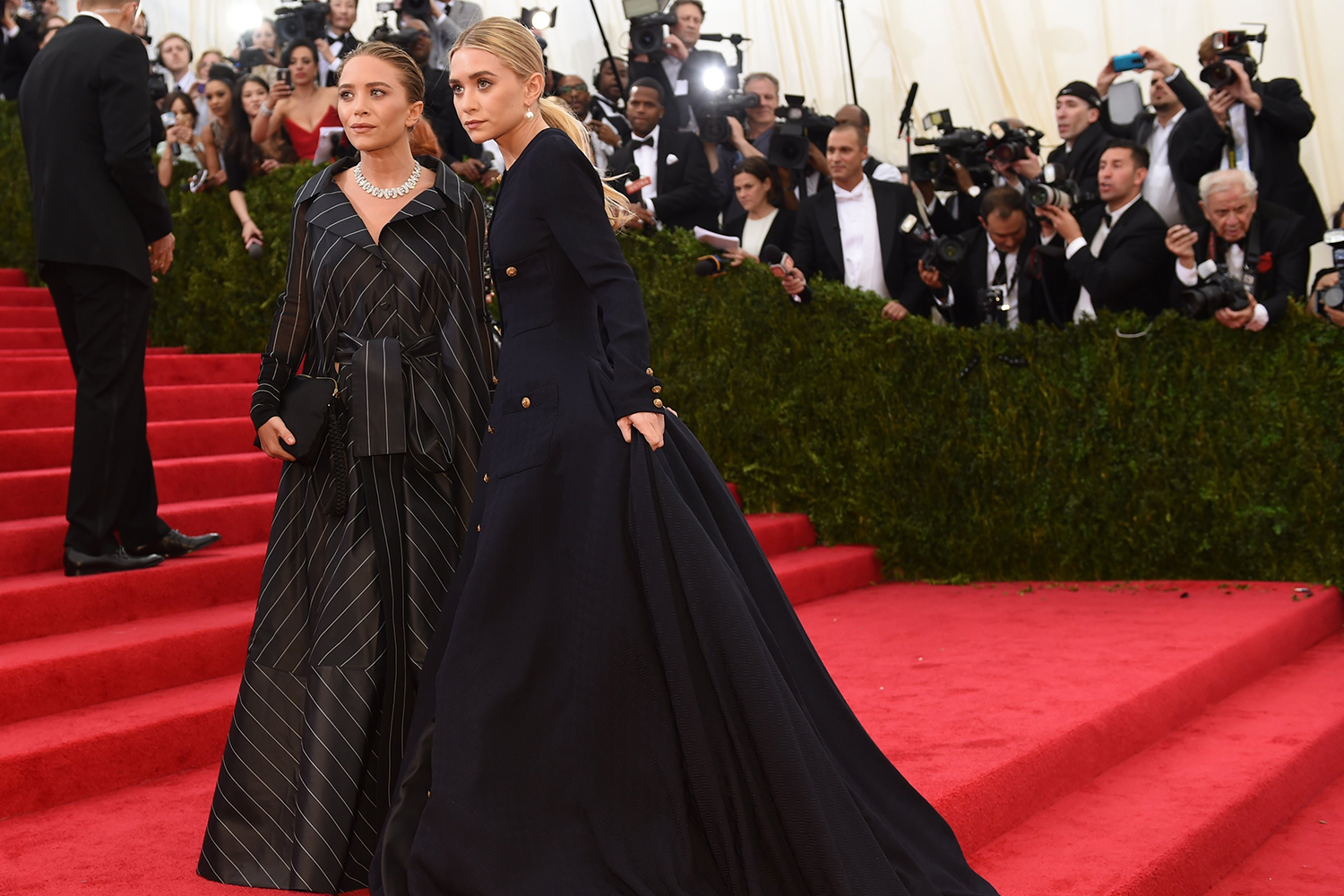 The Olsens, and their line The Row, are another modest fashion touchstone. Photo: Getty Images

At No More Mom Jeans, Curtis aims to keep religion on the back burner and focus on the clothes. "I prefer to keep the blog ambiguous," she says. "I'm LDS, so much of my audience is Mormon, but I make it a point to keep my religion off of my blog for a couple of different reasons. First, my blog makes money, and I prefer not to advertise my religion as a way to garner a larger following. Second, I also have followers who are Jewish and Muslim. I don't want to pinpoint myself as this 'Mormon modest fashion blogger' because then suddenly I only appeal to one demographic, and what's more, I'm now open to judgement based on how others perceive the tenants of my own religion."

"Modesty is not solely about clothes, it's about behavior," she wrote. "Is it really modest to wear a skirt to your knees and then show off your Louboutin box artfully draped with your newest red soles? How about wearing a one-piece swimsuit, but giving a tour of your walk-in closet or flashing the logo from your Chloe bag?... It bugs me when someone is essentially capitalizing on the ideal of modesty, but only practicing one tiny portion of what modesty actually means."

"Modesty is not solely about clothes, it's about behavior."

But what if a woman committed to modest dressing wants to try out something a little racier? As someone whose modern-day fashion icons are Olivia Palermo and Victoria Beckham, if Elturk sees an outfit that shows more than just her hands, face, and feet, she has a simple solution: "I buy and wear them at home or on vacation at private villas with my husband," she says. "I love the fact that I dress modestly in public and save the not-so-modest dressing for the only person who I believe is entitled to see me dressed that way."

Albarcha doesn't even consider clothes that aren't modest; she compares it to bypassing styles that don't look good on you. "I wouldn't know how to pull it off. It's something I'm not used to," she says. "And it's a lot of maintenance to have your legs looking tan, your arms looking nice and smooth. Honestly, dressing modestly makes getting ready in the morning easier. I just do my makeup."

For Curtis, it's a mix of preference and practicality. "It's not as if I'm pining over a miniskirt, because in all honesty, my personal style doesn't really include miniskirts. It's almost like you put blinders on: I know the stuff on the red carpet doesn't work in real life on real women, so why even consider it? I'm too busy trying to find the perfect sheath dress."