Beyond Elle Woods: The Rise of Fashion Law

Designers used to struggle to find adequate representation, but increased awareness and education around fashion law has been a boon to the sector.

Share All sharing options for: Beyond Elle Woods: The Rise of Fashion Law

When Max Wowch, a 38-year-old independent designer living in Brooklyn, found out one of his T-shirts had been ripped off for the 2008 stoner film Pineapple Express, he was livid. But like most small artists that fall victim to copycats, there was nothing he could do; lawyers told Wowch the case was murky and not worth pursuing.

"I'm a collage artist. I don't really draw what I design, so the lawyers I talked to said it wasn't worth their time," explains Wowch, who's also been knocked off by Urban Outfitters. "It did hurt my business. It's tough when you're independent, and graphics are even tougher. There's no precedence and no one wants to get dirty."

Designers like Wowch are faced with situations like these all the time. Unlike the protections that music, art, and literature enjoy, fashion doesn't have its own copyright laws. Lawyers, instead, are left with little more than decisions from previous cases to prop up their arguments. Despite this, there's been a booming interest in fashion law in recent years.

Designers used to struggle to find adequate representation outside of in-house counsel, but increased awareness and education around fashion law has been a boon to the sector. In November, the AFP even called it "ridiculously profitable," citing the emerging BRICS markets as a reason for fashion companies to aggressively seek legal support for dealing with investors, closing overseas deals, and mediating fast fashion conflicts. 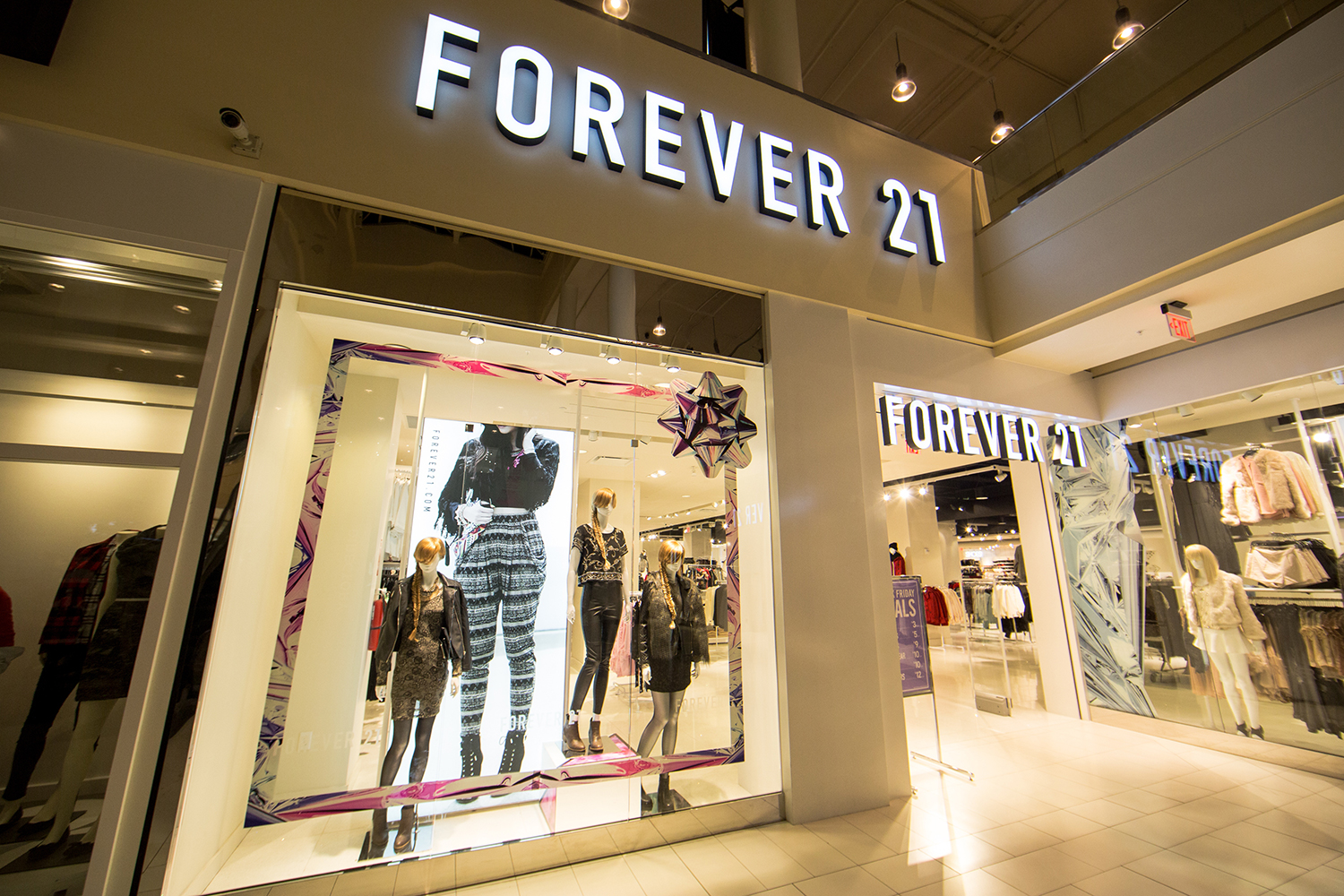 Brands are lawyering up to defend themselves against fast fashion knockoffs. Photo: Getty Images

Brittany Rawlings, an attorney with offices in New York, Washington, D.C., and Florida that all specialize in fashion law, says it was a different story in 2009. Back then, she wanted to hire a lawyer with ample experience in fashion to help her with the jewelry company she started in law school. Friends who had also started their own lines and fashion blogs were having similar issues finding the right people to help them.

When she joined an entertainment law firm in Florida, she spearheaded its fashion law practice, even though her professors joked she was "trying to be the next Legally Blonde." Rawlings now has her own firm, which she says is the first to focus solely on fashion law; she's currently working on a nonprofit that would serve as a legal resource for brands. Rawlings also oversaw the Florida State Bar Association's fashion law committee that was created in 2011, just a few months after the New York City Bar Association launched a committee of its own.

Her professors joked she was "trying to be the next Legally Blonde."

"At law firms, fashion cases are lumped together with entertainment or music, but it's a different kind of intellectual property," Rawlings says. "It's a funny thing. There are general parts to the business, from employment to contracts, that are the same, but there are also idiosyncrasies in fashion. There needed to be a niche for this."

While fashion used to be centered in European cities like Paris and Milan, American design exploded in the '80s and '90s; today, brands like Tory Burch, Michael Kors, and Alexander Wang are bringing in serious money, fueling the need for specialized representation. And while designers in countries like France and Italy are actually protected by the law, American designers are not.

This has been a major concern in the industry, dating as far back as 1977 when the UCLA Law Review called it "one of the most significant and pressing items of unfinished business." Fashion lawyers are left to wade through complicated issues involving intellectual property, trademarks, and patents to make their cases. They must also be incredibly creative, Rawlings adds. 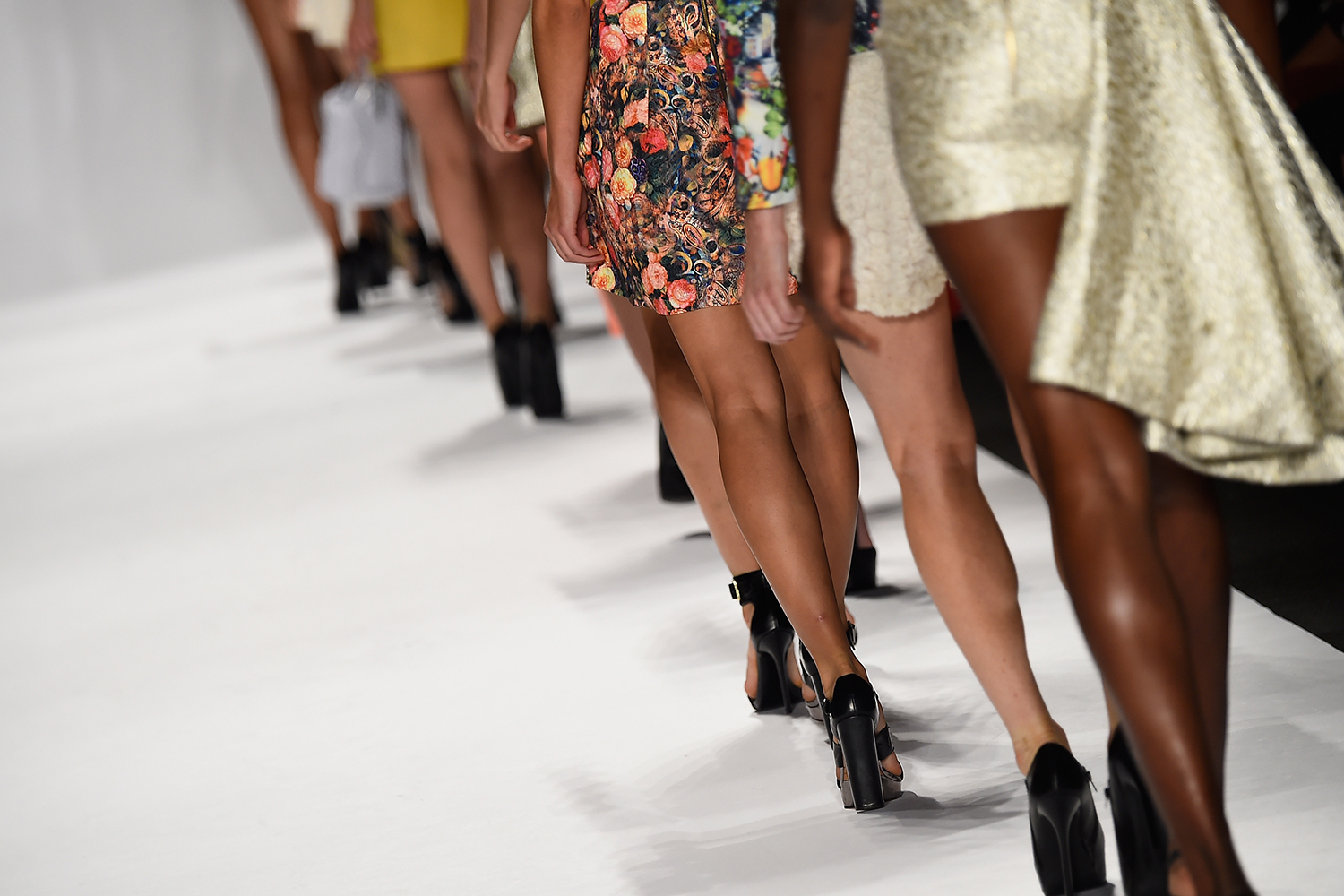 Why American law lacks protections for fashion design is a question many try to tackle. Brian Igel, who runs the boutique law firm Bellizio + Igel, believes the industry has been misunderstood.

"Fashion was seen as more of a function of utility rather than art," he says. "Perhaps this is changing, now that there is big money involved, but fashion has not been taken seriously."

Doug Hand, a partner at Hand Baldachin & Amburgey LLP who represents companies like Rag & Bone, Phillip Lim, Rodarte, and Cynthia Rowley (and who was recently profiled in the New York Times), has a different perspective: "You have to look at where the US sat in the food chain of fashion when many of its IP laws were developed. We were largely a nation of manufacturers rather than designers at that time. We often co-opted and cheapened European designs. That role has changed today, with American design and creativity replacing our historic production might and resources of cheap labor, at least relative to Europe."

Why American law lacks protections for fashion design is a question many try to tackle.

There have been attempts to get the laws changed. Back in 2012, the Innovative Design Protection Act—a bill backed by Senator Chuck Schumer and the CFDA—was written to protect brands from copycats. The IDPA bill had been floating around since 2007 (it was originally known as the Design Piracy Prohibition Act), but even Diane Von Furstenberg couldn't get Congress to consider the bill. Fashion experts point to this as proof that the government doesn't have designers' best interests at heart. Last month, FIT's Ariele Elia told Racked that, "Congress sees the fashion industry as frivolous, an area that doesn't need protection. They don't see ramifications, that copying hurts the industry and makes it difficult for designers to emerge."

But even if laws are passed, it doesn't mean fashion designers will come out on top. Igel points to trademark bullying, a common tactic big companies use to intimidate and even squash smaller competing businesses. Passing a bill like the IDPA could actually foster more of this behavior and hurt designers. 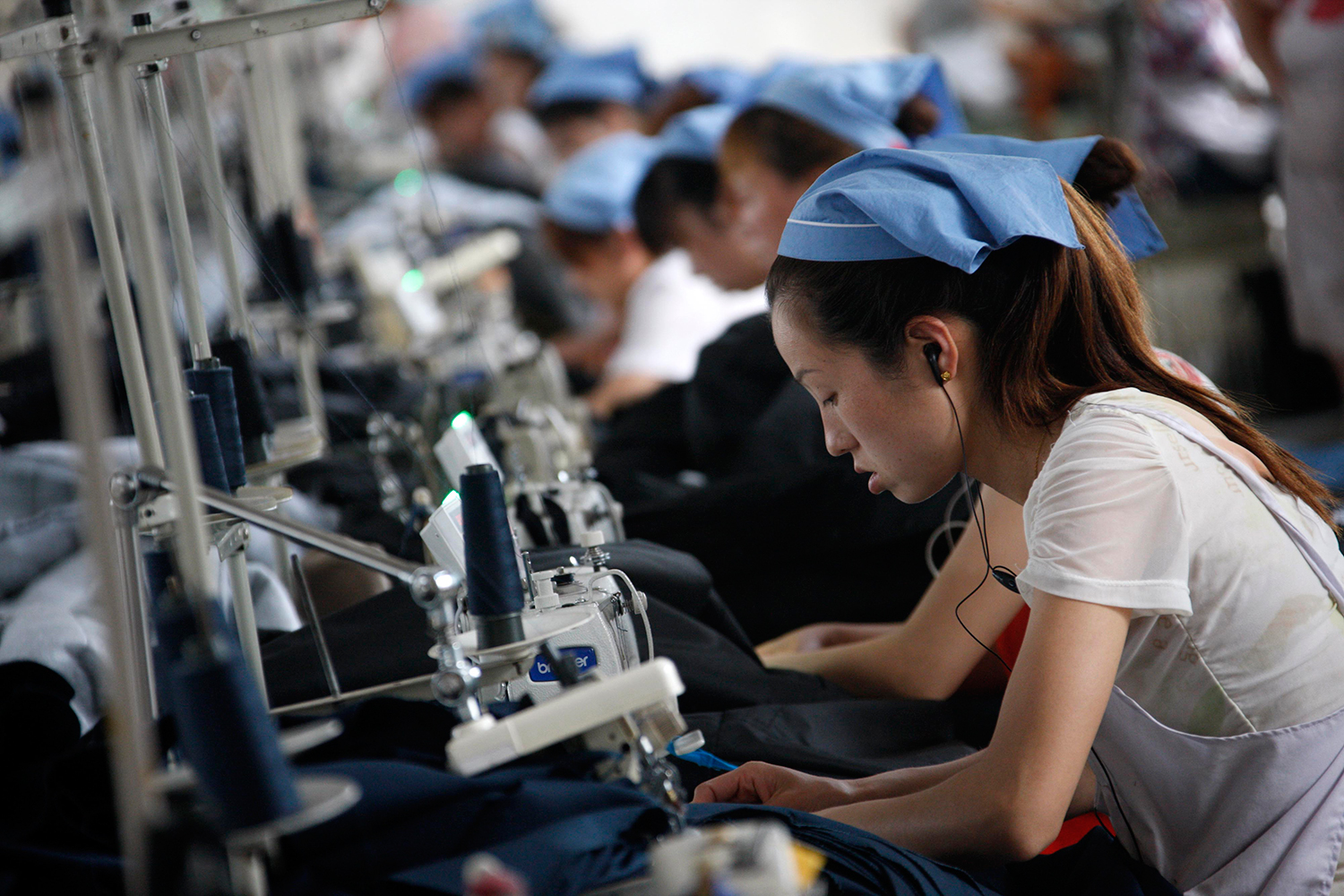 "Under Armour has a trademark, for example," he says. "They've been opposing any apparel brand that has 'armor' in its name. So when a smaller company goes about its business and tries to make their name Body Armor, Under Armour will file an opposition. It's a quasi-litigation and it's super expensive, so most of these guys can't go forward because they don't have the money. Under Armour will win because smaller companies can't defend themselves."

It's not just other fashion brands that independent labels need to be wary of though. "A small footwear company, Footzyrolls, ran into the same problem with Tootsie Roll because they claimed the name was confusing," Igel continues. "They forced Footzyrolls to change their name. These things are very complex, so who knows what the right thing to do is. There could be boundaries overstepped."

"The argument is that if we protect the designs, we'll stunt that growth in the economy."

Plus, Rawlings adds, why would the American government agree to increase copyright protection if fast fashion has proven to be economically favorable: "America's GDP for fashion is at $350 billion. The argument is that if we protect the designs, we'll stunt that growth in the economy."

So fashion lawyers are left to level the playing field on their own. Susan Scafidi is one such pioneer who is helping shape the sector. In 2010, she founded Fordham University's Fashion Law Institute, the first academic center in the world devoted to teaching the specialty. As the institute's director, Scafidi crafted the seven-class curriculum based off of four pillars: intellectual property, business and finance, international trade and government regulations, and consumer culture and civil rights. Students learn about the full spectrum of legal issues fashion companies can encounter, like customs and product safety regulations, manufacturing ethics, and models' rights. Scafidi also runs a monthly fashion law clinic where students and lawyers alike offer pro bono services. NYU, Cardozo, and Loyola law schools have since followed suit. 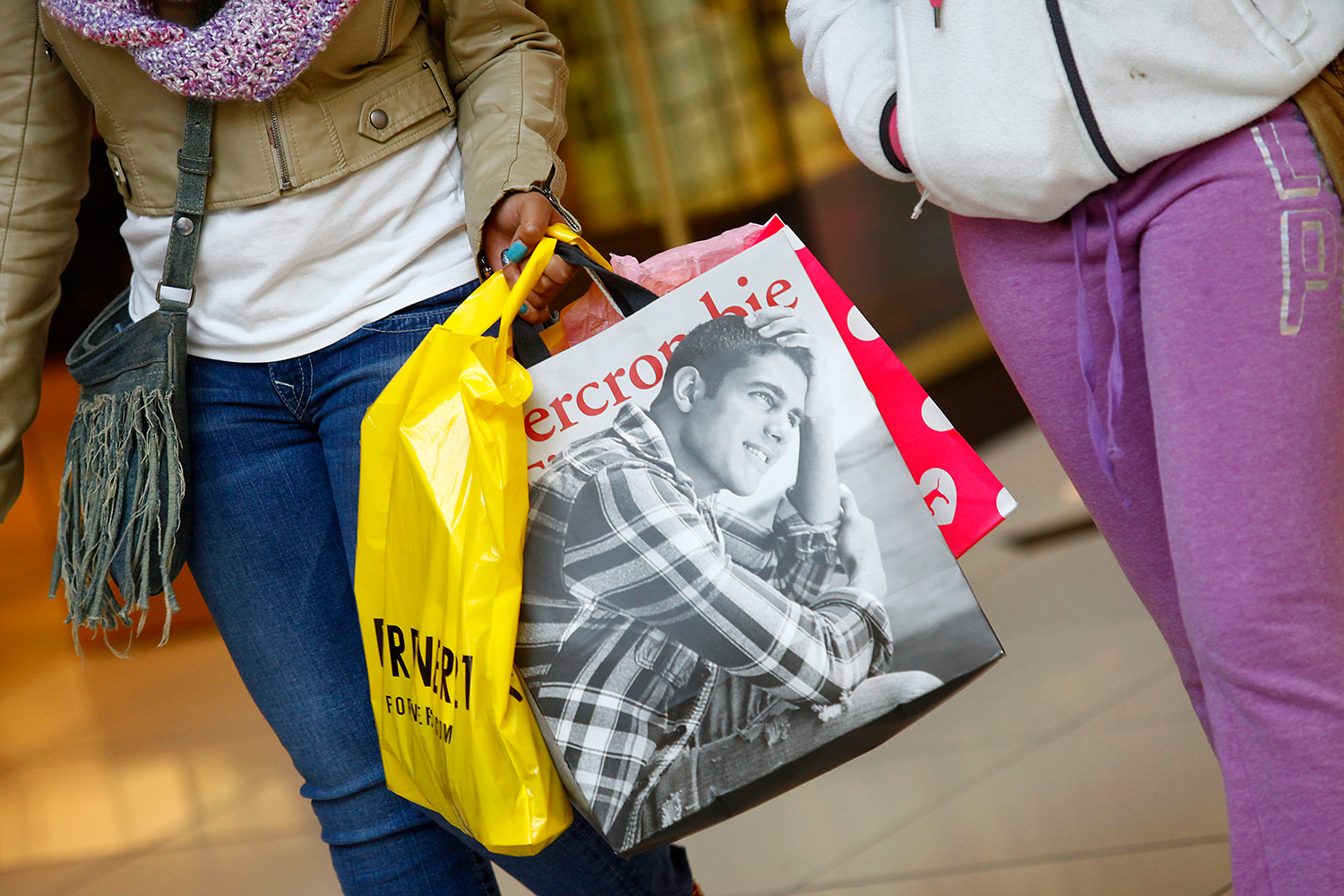 "It became apparent to me that there were questions about the fashion industry that no one was trained to answer," says Scafidi. "There needed to be a field of fashion law where people were trained. Fashion companies have in-house counsel, but they aren't specialized in fashion. If they were going to have an IPO, they called a lawyer that dealt with that. If they were acquired, they called someone specializing in mergers and acquisitions. But each time, they'd have to educate the lawyer about how their business works, and that's a waste of time and money. A fashion lawyer can understand, empathize with, and act on behalf of clients in a technical and specialized industry. They understand all the quirky details."

Scafidi believes the growth of the fashion law sector could eventually influence government policy. Fast fashion retailers face legal action all the time, she says, but it's often relegated to backroom settlements in order to minimize negative attention (unless dogged bloggers catch on first). She believes it's only a matter of time before independent designers get their due. Plus, she adds, "Fashion today is as an economic juggernaut. If you can't convince people to respect and protect a creative medium, you can definitely ask them to respect money."

"If you can't convince people to respect and protect a creative medium, you can definitely ask them to respect money."

And the money is coming from all sorts of places, thanks to fashion tech startups, new approaches to e-commerce (affiliate links, shoppable Instagram programs, and the continued evolution of fashion blogging.

"Between bloggers, Youtubers, and representing anyone with influence, this is going to be a huge profit center," echoes Igel, who represents clients like affiliate link network Rank & Style and fashion blogger Saucy Glossie. "This universe has matured over the last few years to include managers, agents, high-end production companies, multi-channel networks. Say what you will about the content, but these influencers are responsible for bringing fashion to the masses and invigorating interest."

Ultimately, as Igel notes, it indeed comes down to the bottom line: "Lawyers are going to follow the money."