ClassPass: Is the Fitness World's Latest Obsession Worth $54 Million?

Ask a ClassPass member to talk about the magic monthly membership that grants them access to a slew of boutique fitness studios, and they may never stop.

Share All sharing options for: ClassPass: Is the Fitness World's Latest Obsession Worth $54 Million?

Ask a ClassPass member to talk about the magic monthly membership that grants them access to a slew of boutique fitness studios, and they may never stop.

"I'm in love with it," says Grace Edwards, a 34-year-old in New York City. "It's my favorite thing to talk about." She pauses. "It really is." "Love," "life-changing," "best thing ever": Praise is part and parcel of the conversation surrounding ClassPass, now buzzier than ever thanks to the company's recent national expansion. Just last week it was announced that ClassPass closed a $40 million Series B funding round on the heels of the $12 million Series A it raised in September.

"We've been able to get people to go to class," marvels Payal Kadakia, ClassPass's CEO and co-founder. "How amazing is that?"

I joined ClassPass in mid-November. Within a month, I'd gone full cult devotee, completing 20 classes in all sorts of strange disciplines—Broadway cardio, anyone?—and spreading the good word to anyone who'd listen.

But just how sustainable is the ClassPass model? Is the veritable smorgasbord of activity delights too good to be true, or will this fitness revolution become a lasting new reality? 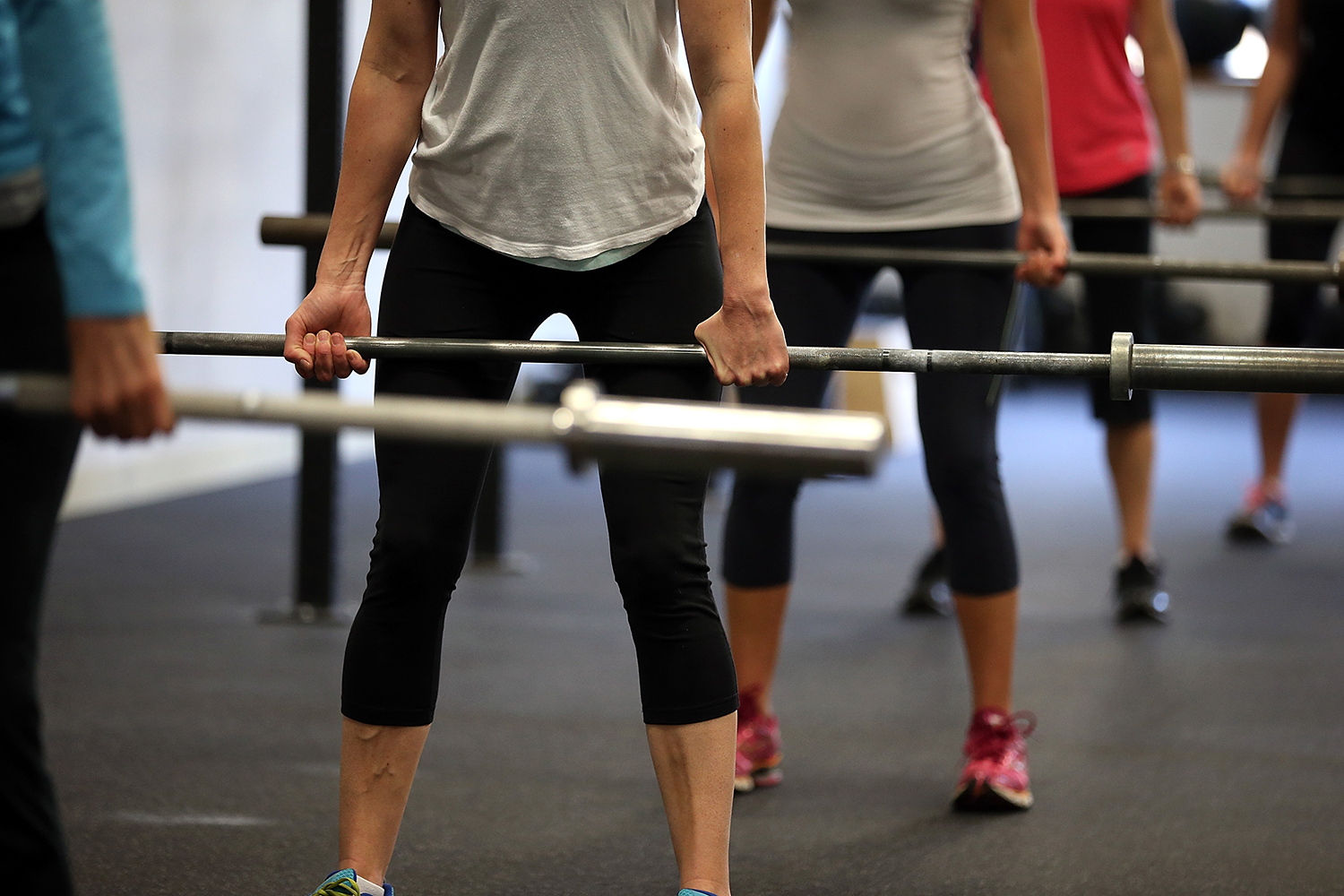 "My default now is to check and see if there are any available classes," says Kase Wickman, a 26-year-old writer and editor who joined ClassPass last January. "Beyoncé dance class? Yep, let's go. Surfboard yoga? I'm in."

Diversity is perhaps ClassPass's biggest selling point. Members pay a monthly $99 fee for unlimited access to classes offered on the platform, though you're capped at three classes per individual studio each month. While that limitation may seem like a disincentive, it ultimately allows users to experience what Kadakia refers to as "discovery," that favorite startup catchphrase. Studios range from independent coalitions of instructors, to the boutique-iest of boutique (think spinning in a pool, barre with bungees, aerial yoga), to upscale chains like Flywheel and Barry's Bootcamp, where classes can cost upwards of $40 dollars when purchased directly from the source.

"For the cost of the monthly membership, I could buy three regularly-priced classes through the studio."

"For the cost of the monthly membership," says Wickman, "I could buy three regularly-priced classes through the studio. If I take more than three classes in a month—and I do—then it's worth it."

Members do have one universal beef with the service: the 24-hour $20 cancellation policy, which is, as Yoga Vida's New York studio manager Jordan Westra puts it, "pretty brutal." "If they really wanted to make ClassPass perfect," says Edwards, "I think they should make that cancelation window eight hours." As she sees it, that would better allow for unavoidable conflicts, like a sudden cold, a new injury, or an unforeseen work complication, and would permit enough time for another member looking for a same-day workout to snatch up the opening. Kadakia explains that the cancellation fee is designed to protect studio owners, but adds, "we're going to see if we can be a bit more lenient" moving forward.

When I meet Kadakia in a coffee shop near ClassPass's Chelsea office, I tell her that the number one thing I overhear in studio locker rooms these days is, "I'm dying to know how ClassPass makes money." Kadakia laughs. "Right now we're 100 percent investing in building a platform and a community supporting fitness, and our investors know that," she says. "They're backing us. They know we've hit on an amazing product." Originally a logistic-focused fitness startup called Classivity, ClassPass raised $2 million of seed funding after a rebrand last March; the startup's $12 million September investment allowed it to expand nationally at a startling rate. Now serving over 2,000 studios in 20 cities, ClassPass launches in two more—Raleigh and Las Vegas—today, with even more to come by year's end. To date, it has booked 1.5 million reservations, which as of this month can be secured via the company's brand-new app.

The variety of classes, viability of cost, and ease of booking isn't just good for members, it's also hugely beneficial to ClassPass and its investors, says Susan Athey, an economics of technology professor at Stanford Business School: "It's very plausible that a platform that makes it easy for you to sample and try and search and experiment would lead you to use more classes, and to become a more active consumer of these services."

Besides those perks, adds Athey, ClassPass has managed to sidestep the limitations of belonging to just one gym by alerting users to the existence of studios completely off their radar—all together, this means value creation, which translates to dollar signs for ClassPass. Of course, the model only works if studios want to participate.

Here's how the ClassPass-studio relationship plays out: ClassPass negotiates a unique rate with each studio, which it pays "after the month's over, based on engagement and usage," says Kadakia. Studios can renegotiate that rate over time. 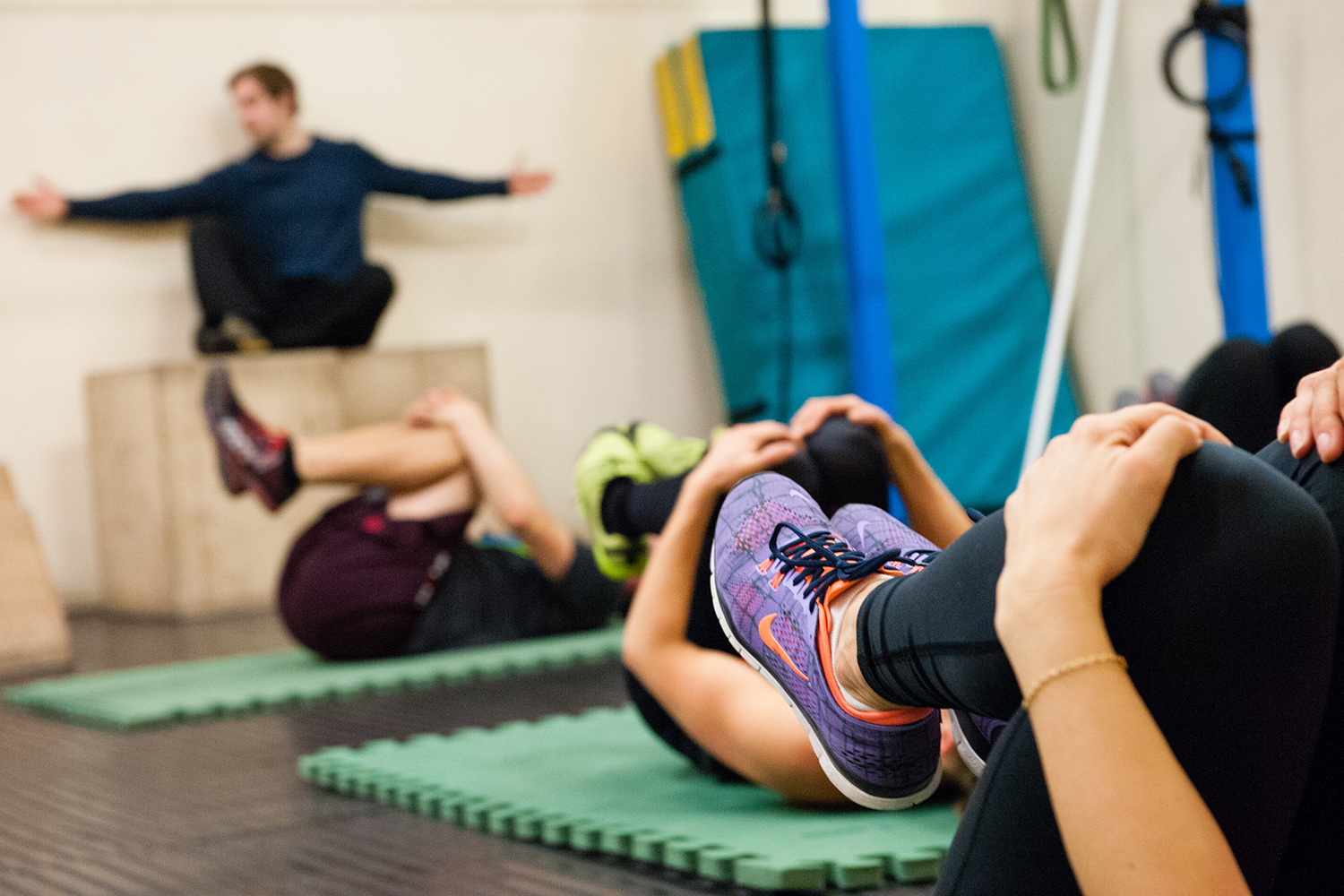 Studios don't make nearly as much off of ClassPass reservations as they do off those purchased directly from them—but does that mean that studios lose money?

Explains one studio owner who spoke to Racked under the condition of anonymity, "They basically take whatever our lowest package is, cut that in half, and buy it at a great discount."

But Athey sees a different side to the relationship: "Part of this is serving an advertising and customer acquisition function for them, which is actually profitable."

"They basically take whatever our lowest package is, cut that in half, and buy it at a great discount."

Studios agree that enhanced visibility is a boon for business. Jared Deptula, general manager for The Sports Center at New York's Chelsea Piers, credits ClassPass as a "great marketing tool." Dance Motivation Fitness owner Lindi Duesenberg adds, "It's been a great way for me, as a newer company, to get exposure." BollyX, a Bollywood fitness studio that opened this past October, reports doubled attendance since signing on with ClassPass. "I was blown away," says co-founder Minal Mehta, adding that she asked the same question that's on everyone's mind: "But how sustainable is this traction going to be?" While it's still early in the process, Mehta says her ClassPass reservations sell out every week, new customers have become regulars, and ClassPass-ers have brought non-ClassPass friends to attend classes at the full studio rate. As Athey explains, the economics are analogous to those of the airline industry. Airlines fill empty seats by offering lower prices on certain tickets. It costs the same amount to fly a plane—or operate a fitness class—at maximum capacity versus, say, two-thirds capacity, so filling those vacancies at a lower price is not a loss of profit, but rather a gain. In theory, ClassPass spots are those that wouldn't otherwise be snapped up at full price.

"Things start to change though if people stop buying through your studio and start using the platform exclusively," warns Athey. That, she says, is where studios could get into trouble.

But beyond full-price customers switching whole-hog to ClassPass, there's also the problem of new client retention. Says another studio owner who requested anonymity, "It's hard to convert ClassPass clients into regular clients because why would you pay for a package with me when—even though you can't take my class more than three times per month—ClassPass is still such a good deal?"

Kadakia is keen to this issue: "From the beginning we said, 'Don't give us all your spots.' We're not trying to cannibalize their business." Kadakia adds that this year ClassPass will launch features that will encourage its members to make class-pack purchases directly from individual studios.

"We're not trying to cannibalize their business."

"Marketplaces are all about making both sides happy at the same time," says Kadakia. Studios, she adds, are ClassPass's product, and if studios suffer, so does ClassPass.

There's an unflattering comparison to be made to Groupon, LivingSocial, and other daily-deal websites that were overvalued and then crashed spectacularly. Like those companies, ClassPass is also a marketing platform for businesses and a means to sell excess inventory for incremental revenue. But, Athey says, the similarities end there. "Groupon isn't a platform for matching buyers and sellers," she says. ClassPass is, and it's "making it easier for people to get exactly what they want, exactly when they want it." Those daily-deal sites are also problematic in ways ClassPass is not. "We try to stay away from the Gilt City and LivingSocial offers nowadays," says Yoga Vida's Westra, explaining that the extreme popularity of those offers packs his studio with one-time coupon redeemers, preventing repeat Yoga Vida visitors from securing spots. 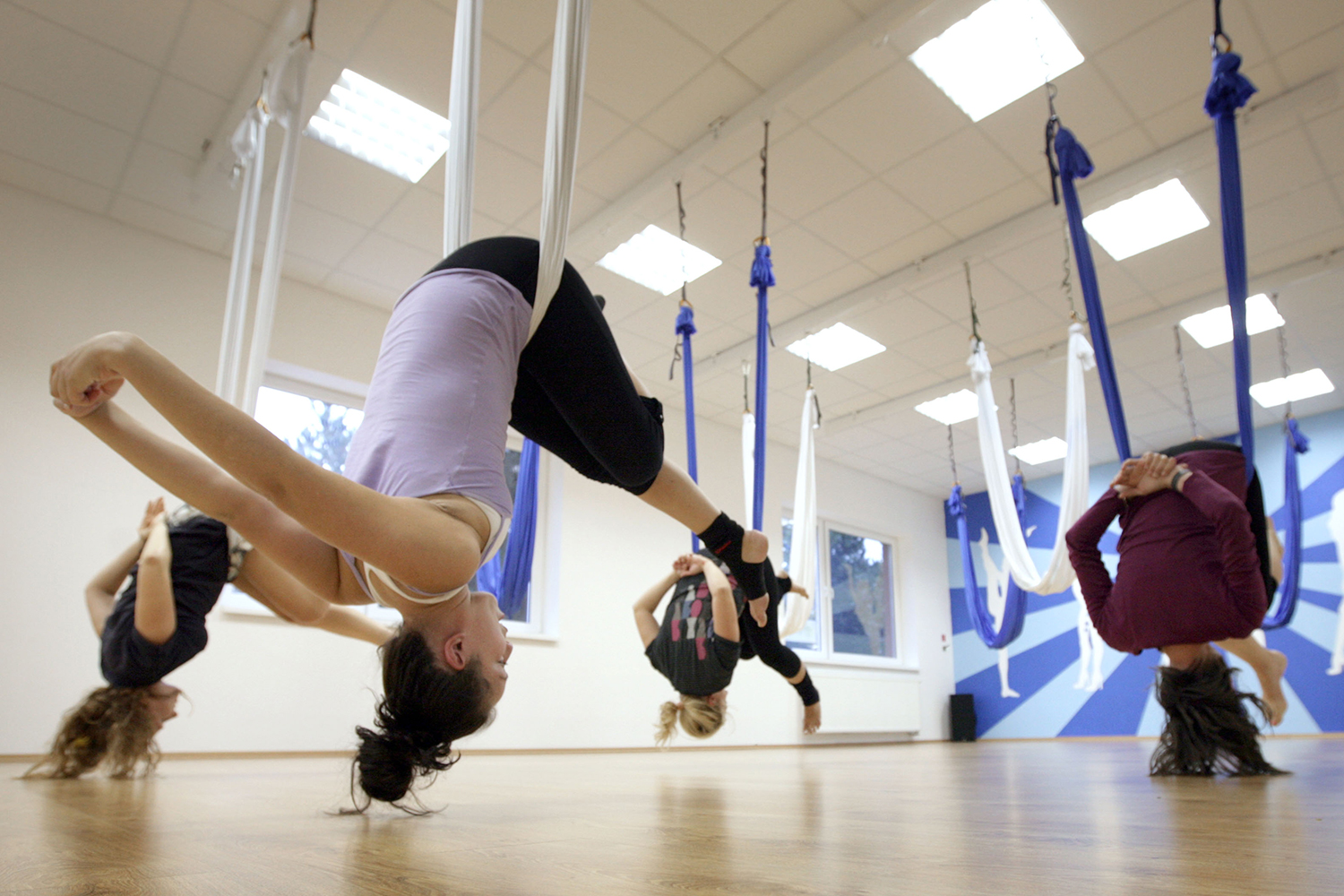 He explains, "We want to ride that fine line between luring new clients in at a certain rate, but not overdoing it as to upset our regular clients." That fine line, in effect, is ClassPass with its limited number of reservations.

Kadakia doesn't see discounts as the defining feature of ClassPass's service anyway; instead, she believes it's the personalized focus on the user. "We want be that concierge recommender for you," she says.

In fact, ClassPass plans to debut something of a "virtual concierge" this year, capitalizing on the platform's user data. It will recommend workout plans that diversify each individual's fitness routine, zeroing in on the "digital personal trainer" function that ClassPass convert Edwards describes as a surprise bonus of her membership.

"We want to ride that fine line between luring new clients in at a certain rate, but not overdoing it as to upset our regular clients."

While personalization is all well and good, there is one built-in component of the service that's practically ignored amid talk of venture capital and killer deals: these are group fitness classes. ClassPass is the newest IRL social network.

I've heard complete strangers—linked only by their ClassPass memberships—compare notes on studios and instructors, trade recommendations on wallet-friendly yoga leggings, and exchange contact information with promises to coordinate exercise schedules.

"It's really made working out a more social thing for me," says Wickman. That's yet another reason the platform may very well continue to grow: For its most loyal fans, ClassPass has honed in on a way to make fitness fun. As Kadakia muses, "Any time you can get people to a) pay you, and b) do something that's different from what they usually do, it's an amazing revolution."