Sweatworking: How Business Deals Are Getting Done at the Gym

"It cuts through the stiffness of doing professional business when you're both covered in sweat."

Share All sharing options for: Sweatworking: How Business Deals Are Getting Done at the Gym

Kristin Booker, the blogger behind Fashion Style Beauty, doesn't carve out time for martinis with clients and publicists. Instead, she asks them to meet her at spin class. "It's amazing how much work you can get done if you're not two drinks in," says Booker, 43, who left her human resources gig in 2009 to pursue a writing career. "People are way sharper post-workout than after a couple of cocktails."

Booker adopted the approach around the same time she fled the corporate world: "In 2008, I was 100 pounds overweight. I got a warning from my doctor that I was having heart problems." A former manager inspired Booker to transform her now-required workout sessions into networking opportunities; that old boss used to like meeting at the gym for 5am briefings.

"I made the decision that, if people want to spend time with me, then they can join me for a workout," she says. "I have been met with zero resistance." The strategy has helped Booker lose more than 85 pounds—and seal some deals, too. "I've gotten everything from interview exclusives to sponsorships for my site out of doing business this way. Most important, I find that it strengthens my relationships with brand and PR professionals. It cuts through the stiffness of doing professional business when you're both covered in sweat."

That's because "sweatworking," as it's sometimes called, has become an increasingly popular way of connecting with work people outside of work. "Men have been doing business on the golf course for years, right?" says Leslie Lee, VP of strategic partnerships and communications at Innocean, an advertising agency in California. Lee, who lives in Santa Monica and commutes to Orange County for work, often schedules early-morning SoulCycle sessions in her neighborhood before driving an hour south to the office. "It's a great way to get personal. Next month, I'm even doing CrossFit with one of my clients." 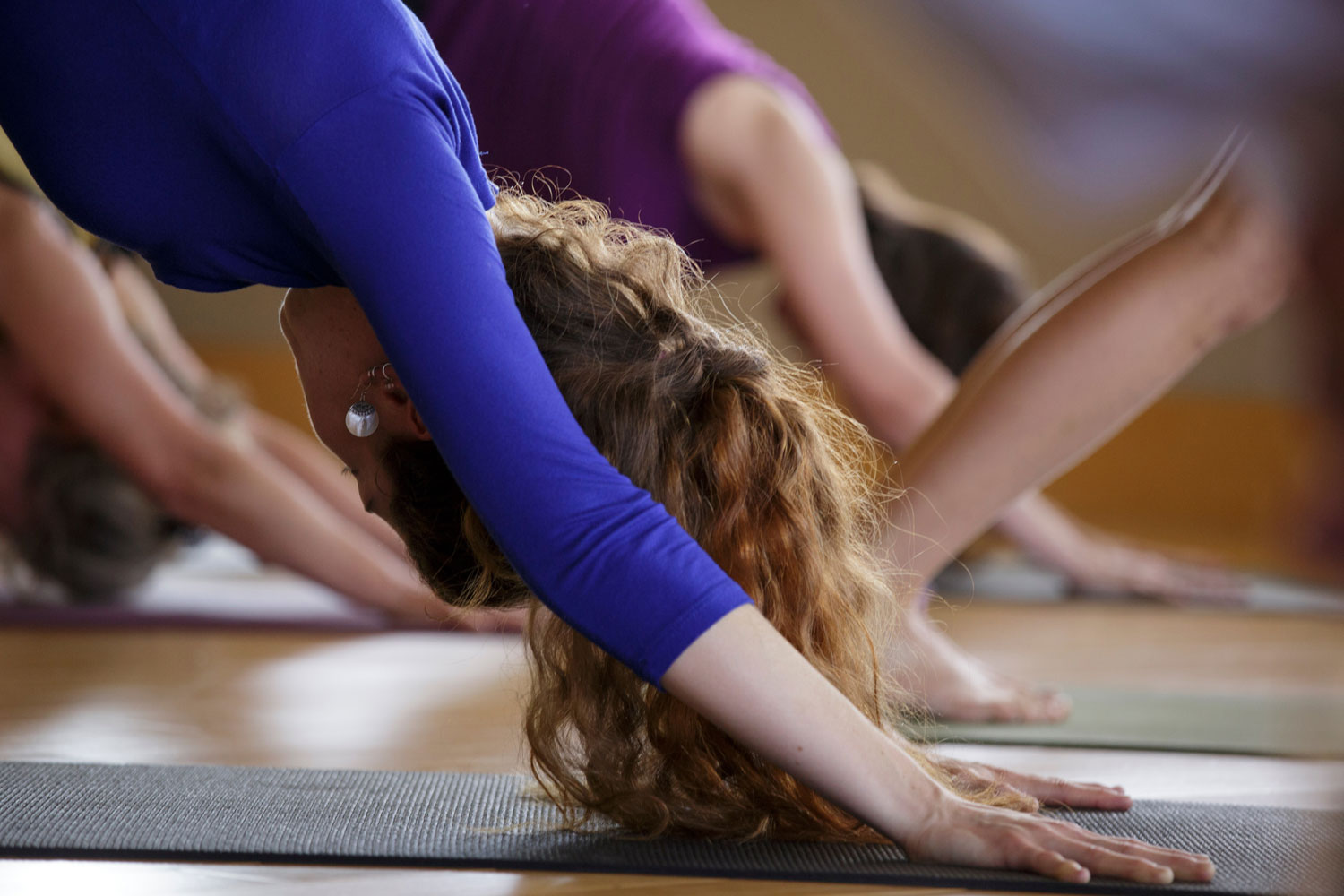 It's clear that the rise of wellness as a status symbol has contributed to this new-old way of networking. The global spa and wellness industry was worth $3.4 trillion in 2013, according to a September 2014 report released by research firm SRI International. Last year, the number of health club memberships in the U.S.—which includes memberships to gyms and fitness franchises—reached 54.1 million, according to the market trackers at IBIS World. Then there's the growth of juice bars, which serve as a clean-living alternative to the cocktail bar or even coffee shop. Where else would you want to go after burning all those calories? "You can't talk at SoulCycle," posits Kate Wauck, director of communications at investment firm Wealthfront. "Stopping by a juice bar afterward for a cool-down is a good way to catch up."

While it's more common than ever for execs to meet up with clients for a workout, companies are using exercise as a way to increase productivity internally as well. "Group spinning or Pilates is a welcome break in the middle of the day, or after a long day," says Deborah Symond, owner of Mode Sportif, an e-commerce site based out of Australia that carries fashion-y activewear labels like Monreal London and Full Court. "That's when we often come up with some of our best ideas as a team."

"We do some of our best thinking during the run or immediately after when we're cooling down."

Matt Taylor, co-founder and CEO of activewear company Tracksmith, schedules running meetings daily. "One reason we do this is efficiency. As a startup, we're all working a lot of hours and don't have as much free time as we used to, so combining a run with a meeting allows us to kill two birds with one stone," he says. "The other reason is creativity. We do some of our best thinking during the run or immediately after when we're cooling down. We also try to follow a 'no days off' mentality when it comes to running, so knowing that other employees are getting a run in motivates others to get out the door."

Of course, it's easy to understand why companies in the activewear space encourage working out during office hours, but the practice is popular at many modern offices. Wauck, who was an account director at a public relations agency in New York before moving to the Bay Area in November, often held meetings with her employees on the treadmills at Equinox in Soho—a practice encouraged by her boss. "When you see your manager out of breath and sweating, it's easier to talk to them about any issues you have at work," she says. "There's not enough time in a day, and to be able to connect with the people I was working with on a different level in a less informal setting was a great bonding experience." 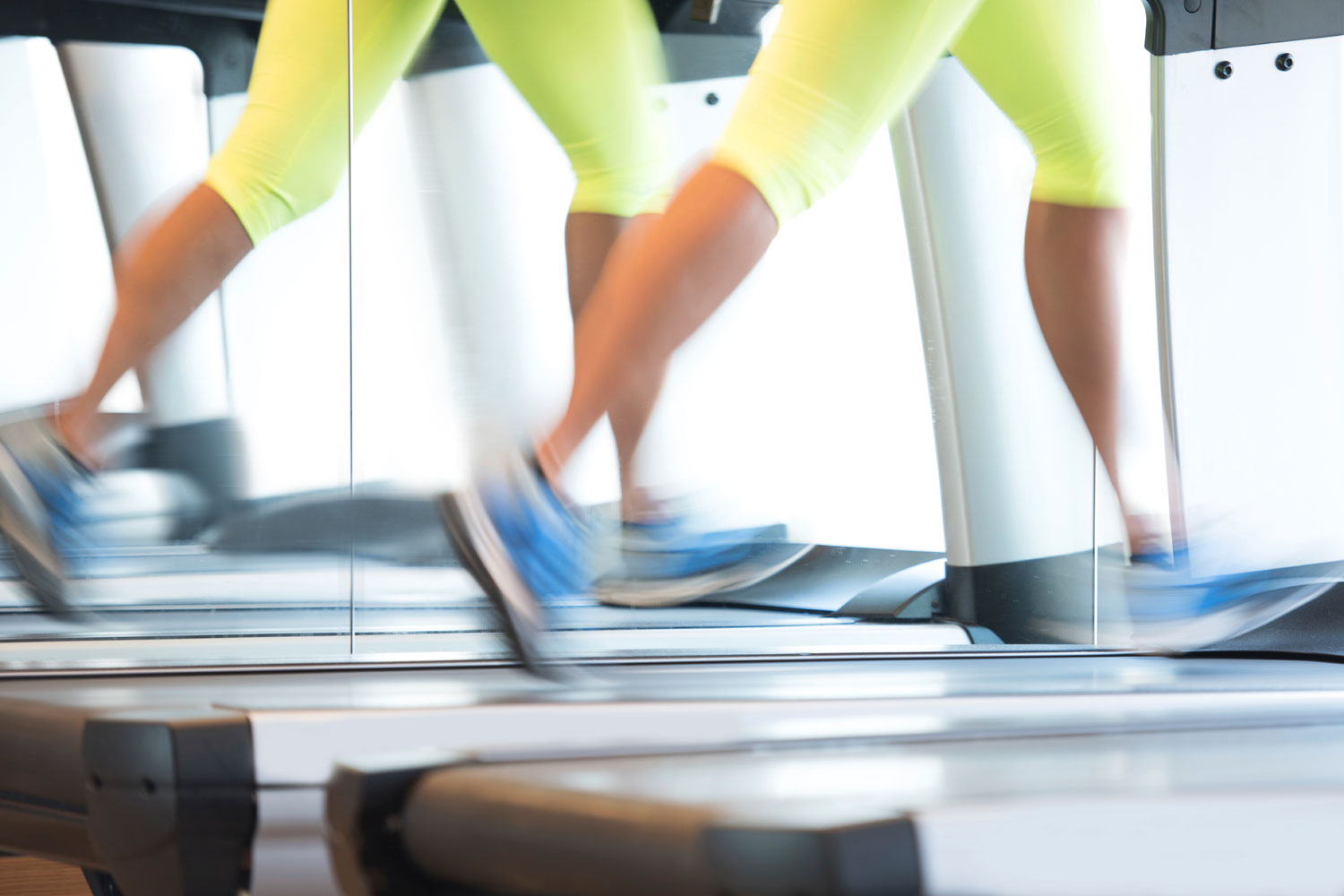 Another benefit to working while working out? Burning calories on the clock can alleviate the cost of boutique gym classes, which can run a frequent visitor hundreds of dollars per month. When your company—or your contact's company—is picking up the tab, it makes the prospect of going all that more appealing. "When you think about it, SoulCycle is $35 a class. That's lunch at a super fancy sushi restaurant," says Lee. "It's a treat to be able to do that."

But just as a few too many drinks can turn a professional meeting into a sloppy mess, what is the etiquette around exercising in the presence of coworkers and associates? Is there such a thing as sweating too much?

"It's never a first meeting," says New York-based brand strategist Robyn Hayley Wilkov. "There definitely has to be a certain level of comfort." When it comes to locker rooms, the unofficial policy is to stay as far away from each other as possible. "It's not too awkward," says Innocean's Lee. "People have been entertaining clients at spas for years. There's always a way to find a little privacy in the locker room."

It also helps that it's easier than ever to look good while working out. US activewear sales topped $35.6 billion in the twelve months ending in November 2014, according to market research firm NPD Group. That's a seven percent jump from the previous year. The category's strength has spurred dozens upon dozens of new activewear lines, from that of fast-fashion retailers like H&M and Forever 21 to high-end labels such as Live the Process and Alala.

"I definitely think that your old college lacrosse shirt is not going to cut it," says Katie Warner Johnson, founder of activewear site Carbon38, which carries Adidas by Stella McCartney, Charli Cohen, Zara Terez, and other high-fashion performance gear. Obviously the former Physique 57 instructor has a reason to promote dressing well at gym meetings, but she also has a point: "The beauty of a lot of what we sell is that it can take you from workout to work seamlessly." Vie Active's $130 compression tights, for instance, "dry faster than your skin. I've worn them a couple of times to a Body by Simone class, and by the time I've walked down the street to get a shake, I'm totally comfortable." Presentable, too. 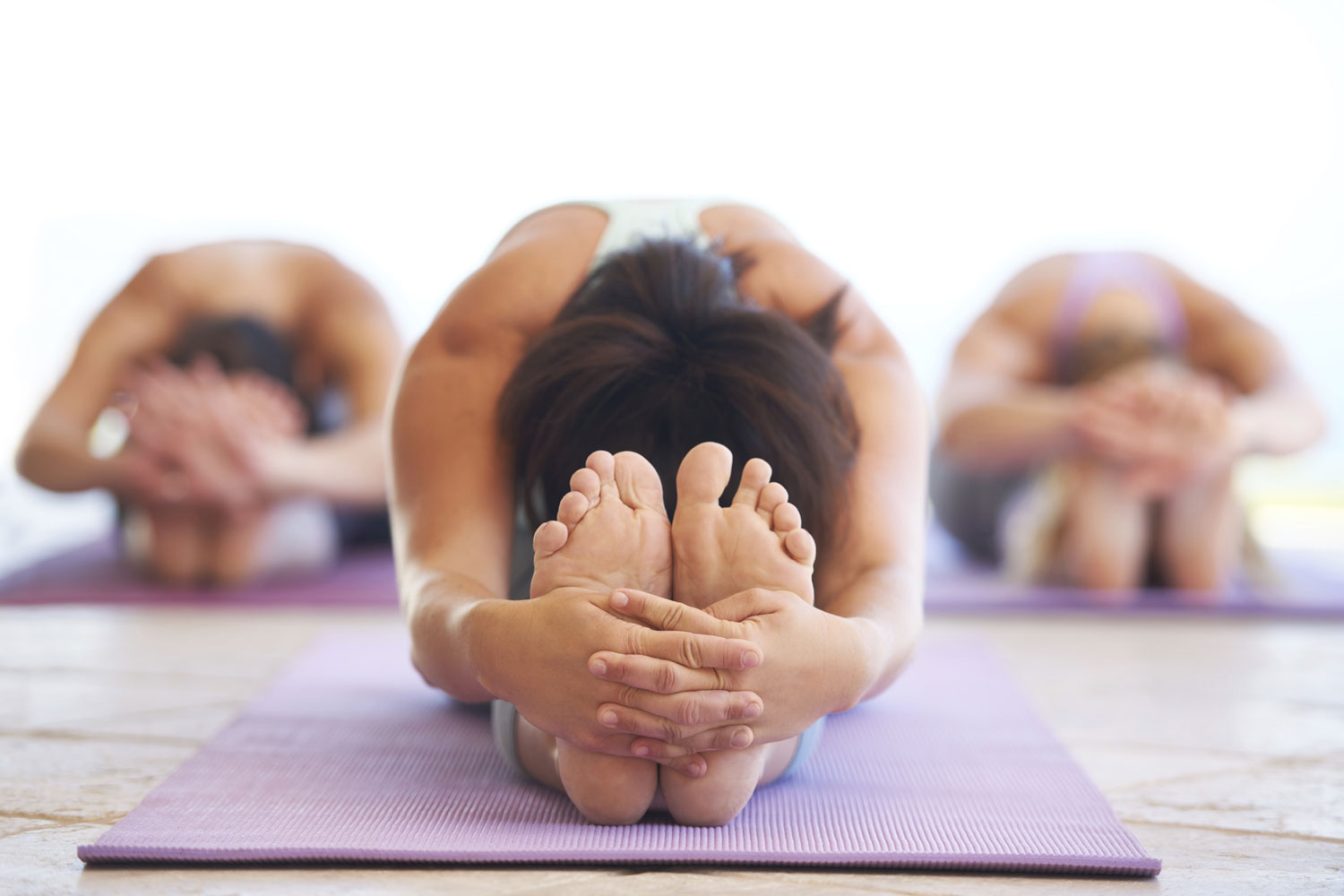 Sweatworking has been a thing on the West Coast far longer than in other areas of the country, largely due to nice weather that allows for outdoor hikes and cycling trips year-round. But it's picking up steam on the less temperate coast—in fact, one New York City gym has built a big chunk of its business strategy around the concept.

Swerve Fitness, which opened its doors in the Flatiron district in November 2013, is a team-inspired indoor cycling studio. Swerve partners Chelsea Kocis, JH McNierney, and Eric Posner, all came from corporate sales positions where they found themselves taking more and more clients to fitness classes as a means of entertainment. They soon saw a business opportunity.

Sweating is an easy way to break the ice

The cycling studio is divided into three 16-bike teams, and guests can track the top performer on each team as well as the best-performing team overall. Personal stats are also available, but only to each individual rider. The goal is to encourage healthy, but not intimidating, competition.

Swerve will allow companies to rent out the whole studio for private rides, but there are plenty of one-off meetings that go on as well. "You actually see introductions being made. More serious deals are happening too," says Kocis, Swerve's COO. "Sweating is an easy way to break the ice." To make post-workout pow wows even more convenient, Swerve installed a smoothie bar, complete with high-top tables, right in the studio.

To be sure, there are certain people for which sweatworking will never appeal, but it's getting harder and harder to decline the offer. After all, a post-workout endorphin rush isn't that different from a caffeine boost or an alcohol buzz: they all help make it easier to say what you really want to say. "It's about that shared experience," says Carbon38's Johnson. "It's total social lubrication."