It's easy to look back now and see that it was doomed.

Share All sharing options for: C. Wonder Failed Because of Chris Burch's Anger

Yesterday it was reported that C. Wonder, entrepreneur J. Christopher Burch's brassy retail concept, would be shutting down after a little more than three years in business.
Burch, who founded Tory Burch with his then-wife in 2004, certainly knows how to generate buzz. (Even after news of its demise broke, Business Insider was still calling C. Wonder one of the "hottest new retail companies.") Yet it's easy to look back now and see that it was doomed.

I remember the first time I heard about C. Wonder. It was probably a year before the actual launch, and a person who floats in and out of Chris Burch's social circle gave me a rundown of the concept. They said that it would be on the preppier side of Tory Burch, but cheap. It would also take design cues from Hermès, but offer them on the cheap. A cheap fast fashion option for Buffys. Did I mention it would be cheap?

C. Wonder was indeed cheap, but not only in price. In 2015, manufacturing in Asia most certainly does not equal shitty quality. Lots of luxury goods are made in Asia. (Probably more than most realize.) But this stuff—intarsia novelty sweaters, chunky "statement" necklaces, jazzy barware—looked and felt shoddy.

When the retailer opened its first outpost, it was easy to gloss over disappointment in the product. Why? Because the store was fun to explore. In October 2011, I attended a press preview at the original Soho flagship and was impressed by Burch's enthusiasm for the concept. Joined by a bouncy, happy-to-be employed staff, Burch explained that nearly everything in the space could be monogrammed or engraved, and that you could even customize the music and lighting in your dressing room. Bells and whistles, yes, but fun ones that I thought might distinguish C. Wonder from snoozy brick-and-mortar shopping experiences.

I was also convinced that there was a market for this particular flavor of fashion. Whether or not you're a fan of needlepoint whale belts, it's clear that preppy sells. Lilly Pulitzer, Brooks Brothers, Vineyard Vines, L.L. Bean, Vera Bradley: These are outwardly successful brands that appeal to the same audience Burch was chasing. It's a crowded category, although not entirely saturated. Plus, there's always room for one more, if that one more is good enough.

However, smart positioning and a novel retail experience weren't enough for C. Wonder to succeed. The uncanny resemblance to the Tory Burch brand—from the logo to the overall look of the stores—prompted the designer to sue her ex-husband in 2012. Chris Burch sued her back in 2013, basically saying in court documents that he was the mastermind behind TB, suggesting that Tory didn't have the chops to get a company like that up and running. Along with noting that she "never operated any business and had never been employed as a clothing designer," he also suggested that "Ms. Burch, while talented, [did] not have the core business experience necessary to assemble a team of top executives."

All very riveting, or depressing, stuff, depending on how you look at it. But I'd argue that C. Wonder's resemblance to Tory Burch didn't have to equal its downfall. Nor was it the direct cause.

Instead, I think this is a morality tale.

Chris Burch is a brand builder. He's been doing it since the 1980s, when he sold apparel company Eagle's Eye for $60 million. (He launched the line with his brother in 1976, ponying up just $2,000 to get it going.) Since then, he's invested in dozens of other labels (including Voss Water and Bauble Bar), throwing down $2 million to launch Tory Burch more than a decade ago. His daughters' new brand, Trademark, is genuinely liked by the fashion industry because it's good.

To be sure, there are plenty of notable successes. Burch has failed when he seems to be building something out of spite. Out of, as I tweeted the other night, a place of anger. 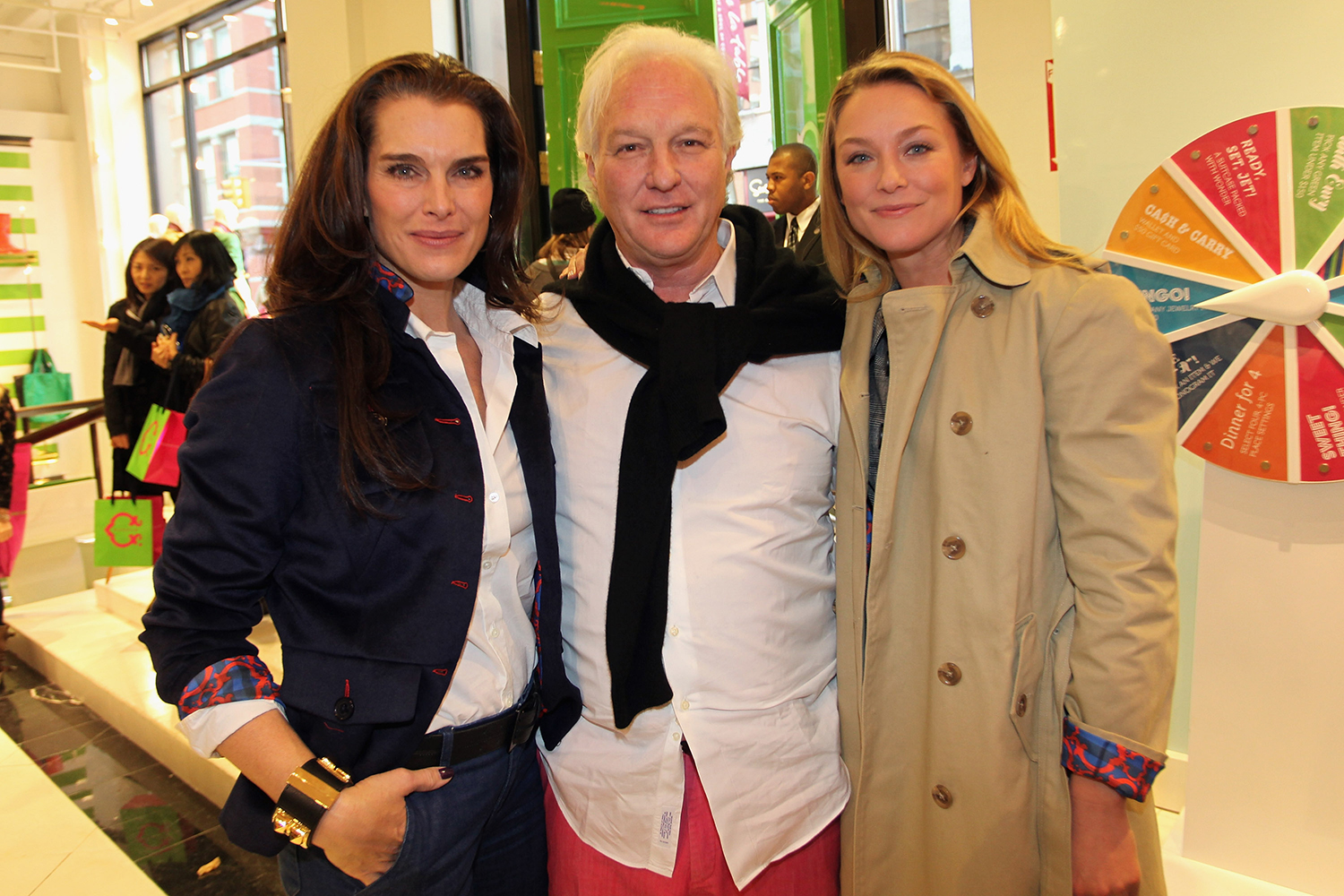 It's really not a surprise—or wrong—that C. Wonder had a similar aesthetic to Tory Burch. Chris Burch is a preppy guy. That brand he sold for $60 million, Eagle's Eye? Its key item was a "preppy" sweater. Louisa and Pookie Burch are doing preppy with Trademark, although in a twisted, wink-y way. And it looks fantastic.

But C. Wonder felt icky. Inauthentic. While the retail experience was all about pleasing the customer, the actual product was all about tricking them. In my mind, Burch assumed that his clientele wasn't smart or savvy enough to care that he was ripping off Tory, or a boatload of other brands from J.Crew to, as I mentioned above, Hermés. (The jewelry and plating at C. Wonder took more than a few cues from the world's most untouchable luxury brand.) There was something very aggressive about the whole thing that, frankly, made me sad.

It's the same way I felt about Monika Chiang, the contemporary collection designed by Burch's girlfriend. Launched in 2011, the brand's stores quietly shuttered in the fall of 2013. While there was nothing particularly wrong with the product, it was generic. The only thing I actually remember are knock-offs of Isabel Marant's wedge sneakers.

Chiang has great personal style and was certainly passionate about the brand. As was Burch, who almost-pathetically urged retail friends at the WWD CEO Summit in January 2013 to take a look at the label. "I'm begging everyone who owns a store...the product is really special," he said. "We don't have wholesale accounts...we need a Nordstrom!" But retailers weren't convinced of the It-factor. And neither were customers.

With both C.Wonder and Monika Chiang, it felt like Chris Burch was in a race to prove himself. To prove that he was the reason Tory Burch was so successful, that she couldn't have done it without him. That may be true, but he couldn't have done it without her either. In order for Chris Burch to achieve that level of success again, he'll need to take anger out of the equation.