What the Tech World Doesn't Understand About Fashion

Fashion has something tech seriously wants: the ability to create and sustain demand for products that are—let’s face it—kind of useless.

Share All sharing options for: What the Tech World Doesn't Understand About Fashion

The tech world is infatuated with fashion. This is because fashion has something tech seriously wants: the ability to create and sustain demand for products that are—let’s face it—kind of useless.

"We desperately need the fashion industry," proclaimed Ayse Ildeniz, VP of Intel's new devices group, in the Wall Street Journal recently. "The fashion industry understands the aesthetic sense, but also it is very much in tune with why a woman would wear something on her body."

The luxury fashion world, on the other hand, has yet to warm to technology. Yes, there are designers that lend their names to wearables (for a good price, most likely) and there are fashion executives being recruited to work at the Amazons and Apples of the world (for great salaries, I'm sure). But at the biggest fashion houses in Europe, there is a general disdain for the connected future that the tech world fetishizes.

"We don't like [e-commerce]. I don't care," Miuccia Prada said in 2013. "We think that, for luxury, it's not right. Personally, I’m not interested." As Bloomberg details, this is the case for many luxury brands. Some fashion OGs, like Valentino, don't even use computers. Anna Wintour famously carries a flip phone. "The problem with technology is it's a bit cold. It's a bit sharp," said Carine Roitfeld, CR Fashion Book EIC and former French Vogue chief.

This aversion actually makes perfect sense. Fashion is, by its very nature, exclusive. It's about creating an identity, a brand, that is so cool that people will spend thousands and thousands of dollars to acquire a tiny piece of it. If you make that identity widely available, you risk diluting it. This delicate balance is something that the oldest fashion stalwarts have spent a hundred or more years perfecting. 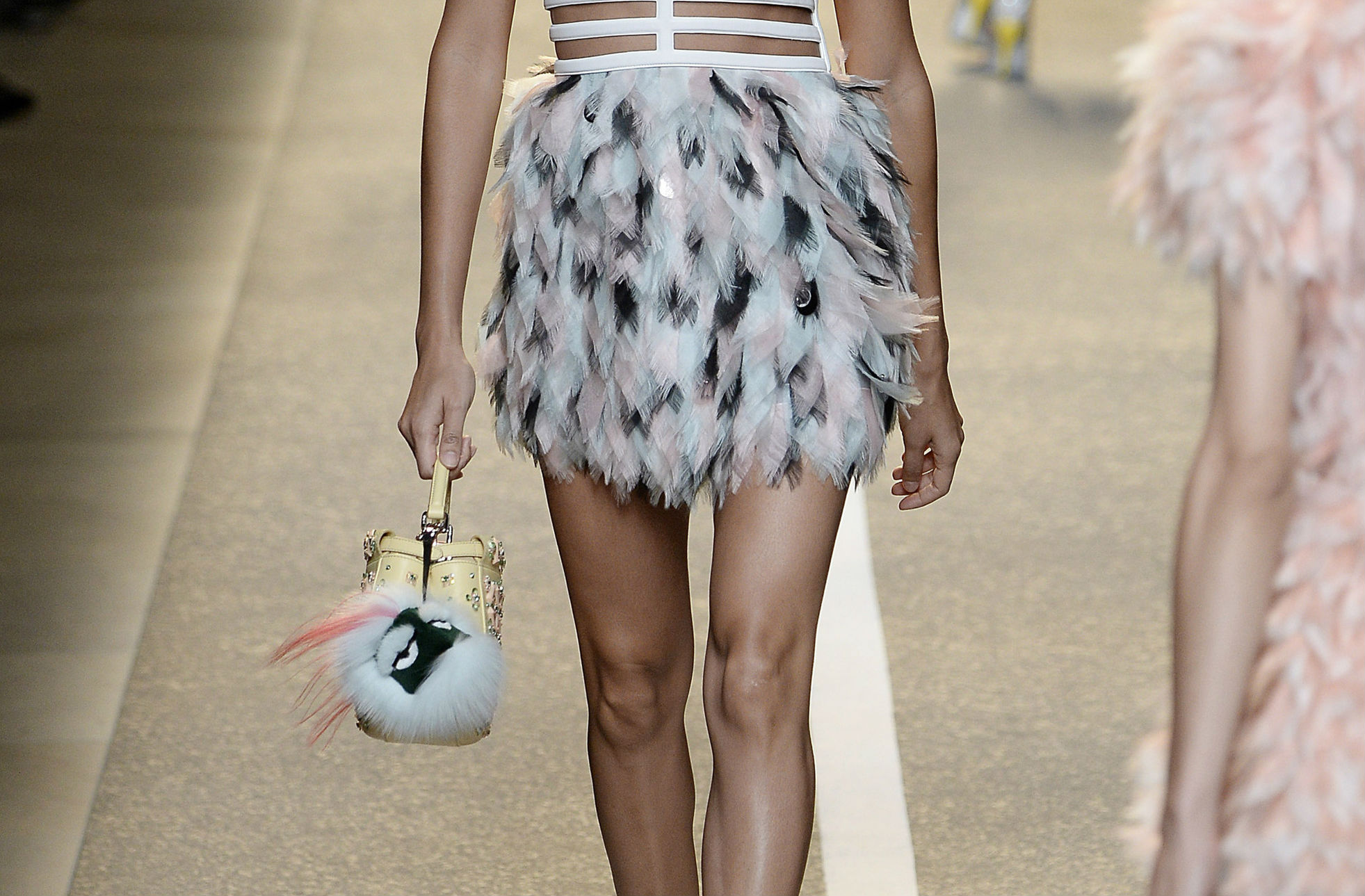 A Bag Bug on the spring 2015 runway. Photo: Getty Images

Consider the Fendi Bag Bug. It's a small, colorful, mink-covered charm that you can snap on a handbag for added flair (it's not available for purchase on Fendi's site, of course). It serves no purpose aside from extra adornment. Bag Bugs and Karlitos—tiny furry Karl Lagerfeld charms—have consistently sold out since being introduced in 2013, despite prices that fall between $600 and $900. They have made Fendi millions. Fendi's not trying to solve a problem or make anyone's life easier. It's just producing covetable accessories.

Tech products, on the other hand, are often positioned as world-changing innovations, sweeping solutions in search of problems. As Tim Cook explains, Apple's goal for its smartwatch is to change people's lives. The company is selling a much different promise than Fendi is. The Apple Watch is "powerful technology" that's "more accessible" and "personal."

"Frankly, it looks like it was created by a first-year design student."

Apple stresses how hyperfunctional its watch will be, though the functions that it performs won't prove revelatory to anyone who owns an iPhone, which it must be paired with. (That's right, it's a $350 accessory of an accessory—and both must be charged nightly.) The iPhone, it should be noted, is ubiquitous not because it's cool, but because smartphones are considered necessary in our modern times. As it stands, the Apple Watch is neither. A "dirty secret" of the wearables market is that at least half of consumers abandon them within months, no doubt realizing how pointless they truly are.

"Right from the watch face, the Glances feature gives you real-time views of the information you check most often, like the weather, stock quotes, upcoming calendar events, and more," Apple promises. In this vision of the future, being connected to the internet at all times is not only exciting, but also mandatory. How exhausting. "Apple Watch notifications take on a whole new feel because they discreetly come right to your wrist," Apple boasts. "And they're designed to let you address or dismiss them just as subtly." Because it's less rude to stare at the screen on your wrist than the screen on your phone during lunch? 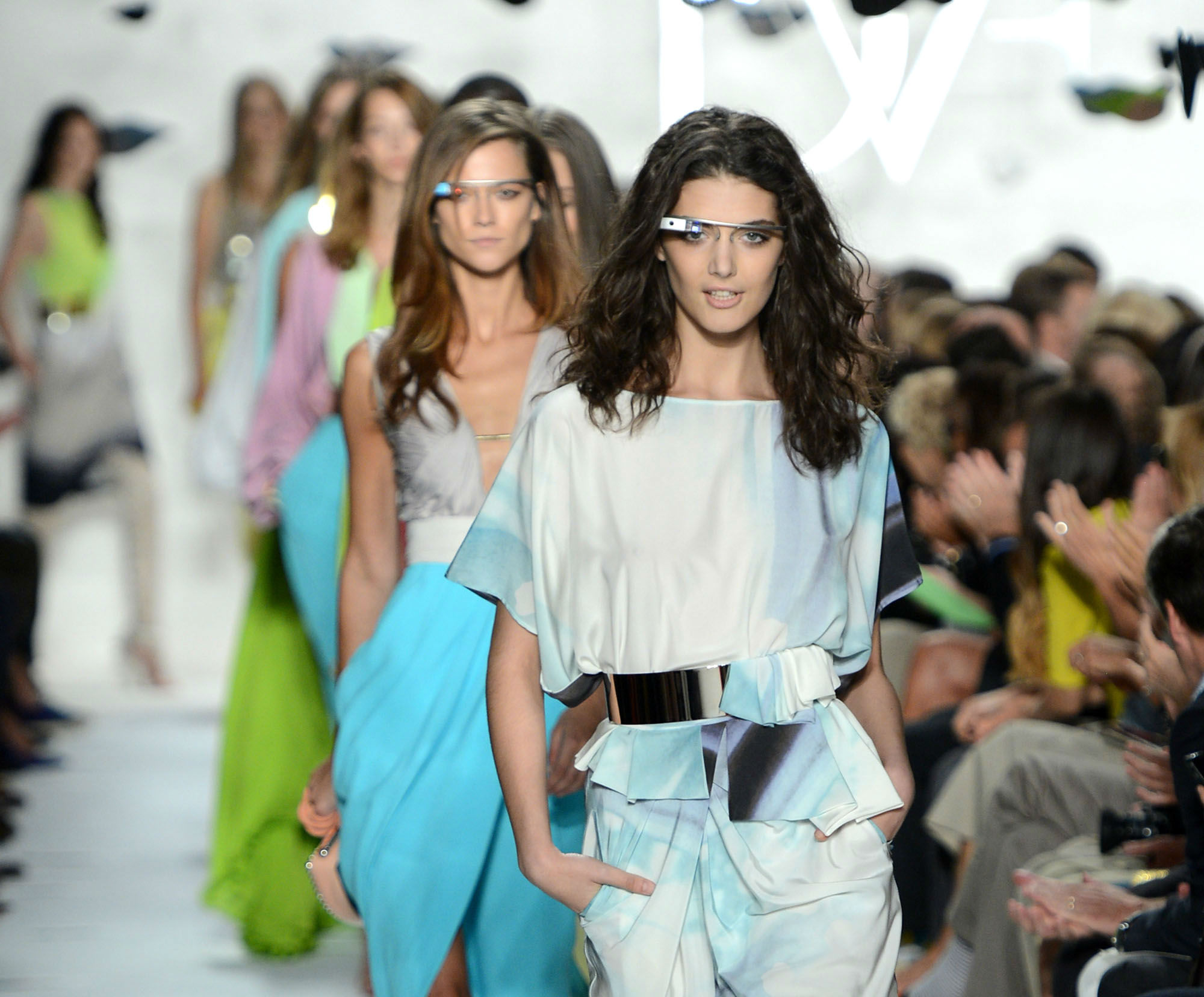 Selling function isn't something the fashion industry typically does. It sells a story, an identity, a new look. Why should you throw out all your skinny jeans and invest in flares? Because the powers that be have decided that a flared silhouette is important right now and suddenly skinny jeans just don’t feel quite right. They look dated. You don't look very cool in them. You buy the flares.

It's been hilarious to witness the snippy, dismissive reactions to the Apple Watch from fashion's old guard. Jean-Claude Biver, the president of LVMH's watches division, hasn't minced words, saying: "They are making a few fundamental mistakes. The watch has no sex appeal. It is much too feminine and too similar to the other smartwatches on the market. Frankly, it looks like it was created by a first-year design student."

"Google Glass's failure was a story of a visionary product utterly failing to be cool."

He's not the only one criticizing. Fast Company describes the watch as "boring"; compared to the launch of the iPhone, the Apple Watch is "Samsung Galaxy Gear dipped in rose gold, the blush wine of the precious metal world." Mused Alexander Fury, fashion editor of the Independent, "I don't think Rolex [is] quaking just yet."

In some ways, the Apple Watch is similar to Google Glass, another wearable once heralded as a game changer. Despite making small inroads into the fashion community—perhaps the apex of which involved models sporting Glass on the Diane von Furstenberg runway—the accessory was never widely adopted. Glass wasn't sexy and it wasn't necessary. (It also made people look like tools, hence the term "Glasshole.") As Umair Haque argues for the Harvard Business Review, Glass didn't succeed because it "just wasn’t cool."

"It's not that Google Glass looked absurd—people wear silly fashions every day," he writes. "It's not that it was overpriced—people collect luxury watches and handbags every day, too. Google Glass's failure was a story of a visionary product utterly failing to be cool." 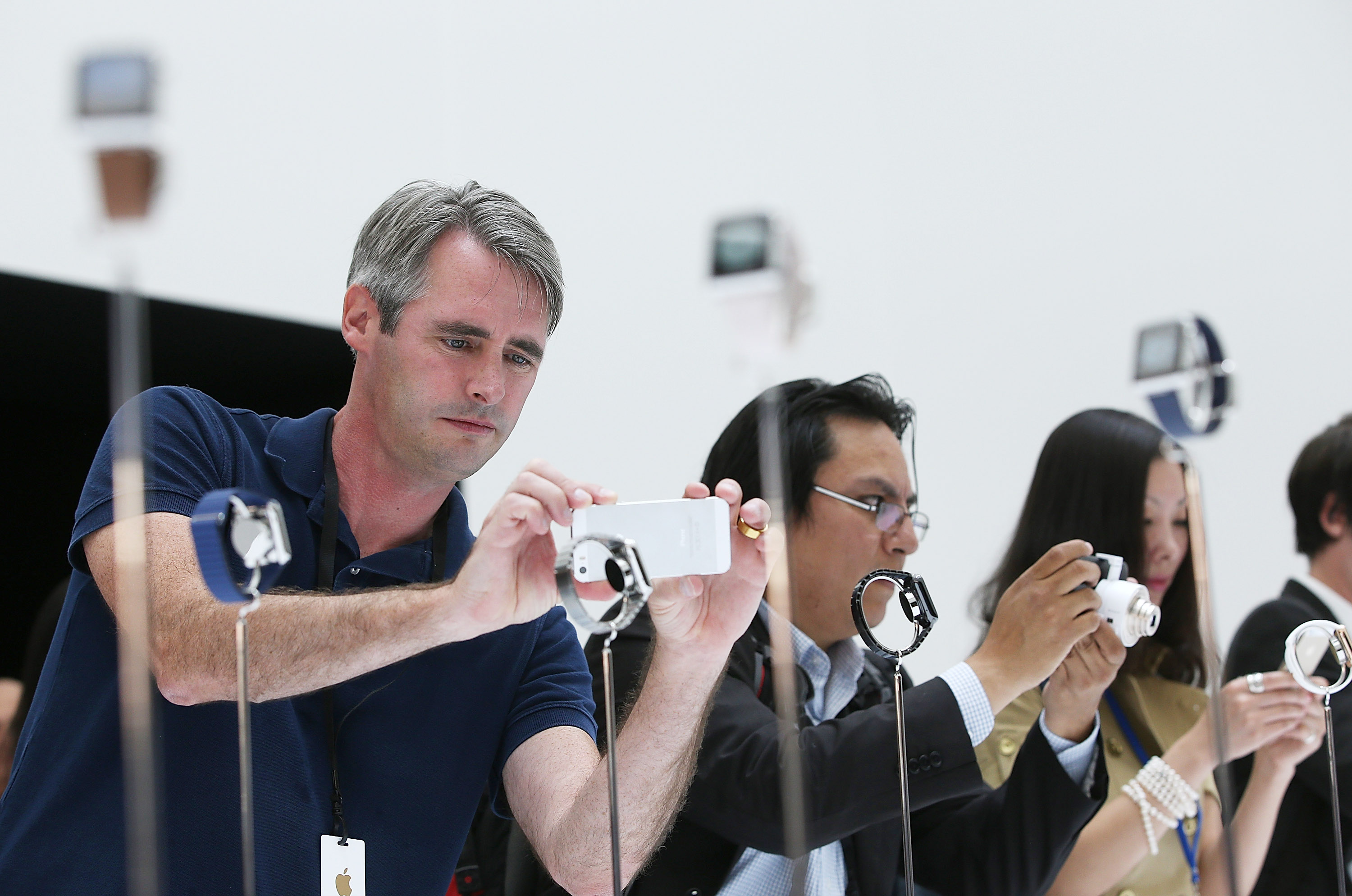 Apple fans examine the Watch during an event in Cupertino. Photo: Getty Images

This is true, and it could also be true for the Apple Watch, though the company has worked hard to try to avoid Google's mistakes. Apple has hired fashion world talents, poaching top execs from Saint Laurent, Gap, Burberry, and Tag Heuer. It arranged for a high-profile preview at noted Paris boutique Colette attended by Karl Lagerfeld and Anna Wintour. It got the watch on the cover of Vogue China. According to leaked documents, the company's recruiting salespeople with fashion backgrounds to staff Apple stores.

But as The Verge reports, it was Apple fanboys who lined up to view the watch at Colette, not the fashion cognoscenti. As one Colette shopper told the site, "I don’t think people who are fashionable are particularly techie—they're fashion-forward. I just think this is a nuisance."

It's pure arrogance for Silicon Valley to imagine that it can make wearables cool by hiring a few fashion people, putting the product on a runway, or throwing money at "collaborations" with brands. This is a new game they're trying to play, one with different rules. The rollout of the Apple Watch would look much different if it were orchestrated by a brand like Chanel. Instead of being released at $350, it would hit stores with a price tag in the thousands. Consumers would clamor to get their hands on one, only to be stymied by limited runs, which would further stoke desire. Only after a few years of artificial scarcity would it enjoy wider release.

Obnoxious? Maybe. But to do cool right, brands have to jettison tech world values like accessibility and utopianism. Cool isn't fair. You can't have it both ways.

Everything You Need to Know About the Apple Watch

Could In-Home 3D Body Scanners Change How We Shop for Clothes?

This Menswear Startup Will Recommend Clothes Based on Your Spotify Data

View all stories in Tech