Slutever's Karley Sciortino on Writing About Sex for Anna Wintour

Writing about yourself on the internet can be a daunting task—but writing detailed accounts of your sex life? That's on a whole other level.

Share All sharing options for: Slutever's Karley Sciortino on Writing About Sex for Anna Wintour

Writing about yourself on the internet can be a daunting task—but writing detailed accounts of your sex life? That's on a whole other level.

Racked caught up with Sciortino to talk about how she's reclaiming the word slut, what her parents think about her work, and more.

I guess I wasn't. I wanted to be an actress when I was younger, and I did a lot of community theater. For college, I went to England for drama school, which I now find embarrassing. I dropped out after a semester because I didn't like the environment, being surrounded by a bunch of drama students. I ended up living in a squatted commune in London for a long time, which is how I started my blog. I also interned at places like Vice in the UK, and I worked at Dazed and Confused for a long time. I never really wanted to be a writer, but it was a strange time. 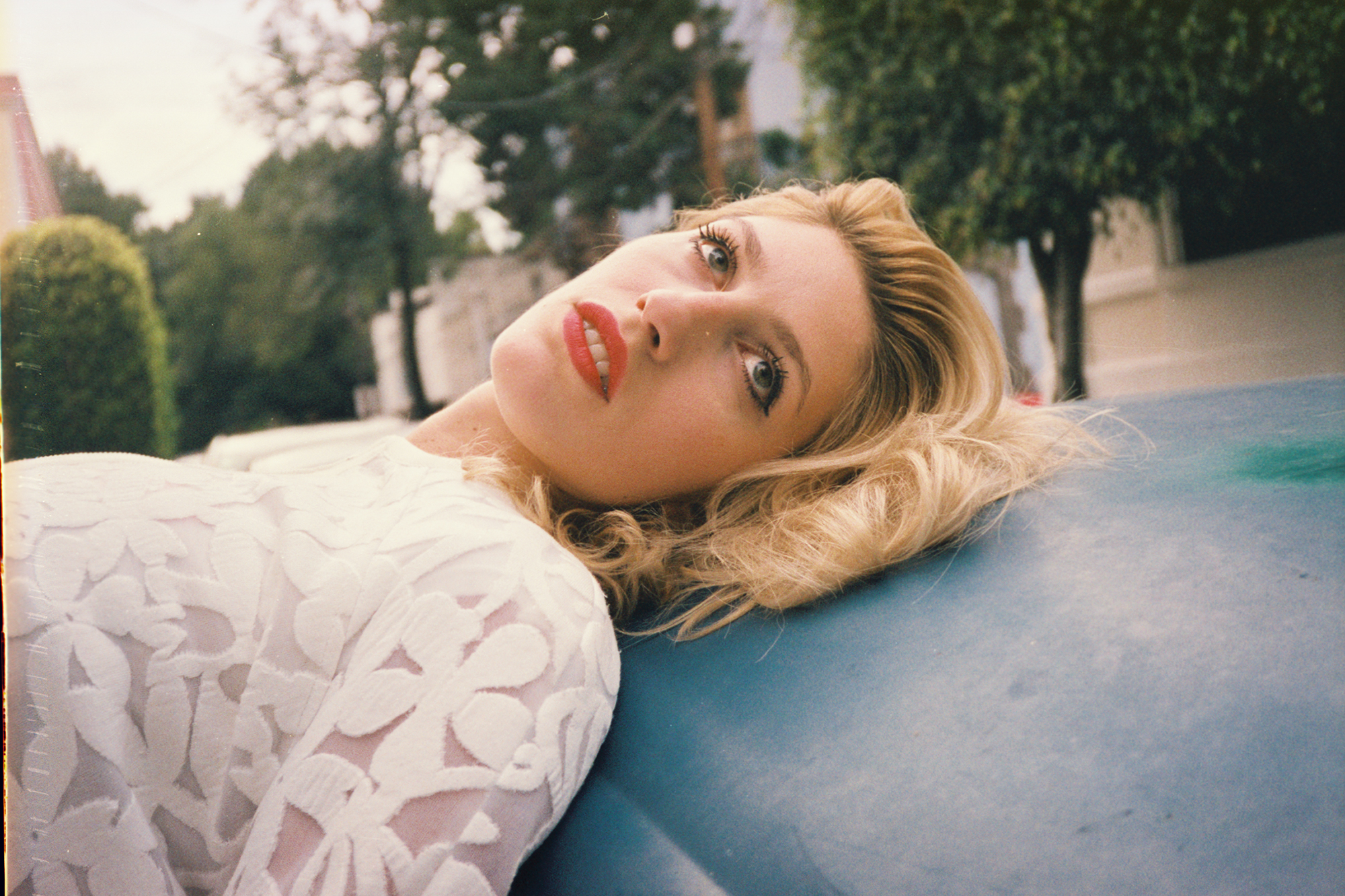 How did you find yourself writing about sex?

It was an accident. I've always been open sexually and didn't have any qualms or hesitations about writing really honestly about sex. In London, I was living in an abandoned hostel with around 14 people. There were so many weird things that would go on, and we always felt like someone should be documenting it. That was the first time that I really did any writing, but it wasn't until 2010 that people started calling it a sex blog. When I'm interested in something, I write about it, and I was getting into BDSM and fetish stuff. I learn simultaneously as I interview people, research things, and document it on my blog.

Do you ever worry about who's reading Slutever?

Writing is such a solitary experience. I don't think I'd feel comfortable reading 90 percent of what I've written aloud to a group of people, because it suddenly feels real that you're sharing that stuff. I'm pretty good at compartmentalizing and not dealing with the reality that I'm talking about these parts of my sex life. And my partners know. I think a lot of people like the idea of being written about.

Why did you choose a blog name with the word "slut?"
I like the idea of saying the word "slut." There's so much written about slut-shaming and the idea that it's the lingering double standard: a woman who sleeps with a lot of people is a slut, where a man is praised for it. I recently tweeted that I'm redefining slut now to mean a sexually successful female. People use the word as derogatory to mean someone who doesn't have control of their sex life, or someone who is having negative sexual experiences.

How do you think the word can be reclaimed more widely? 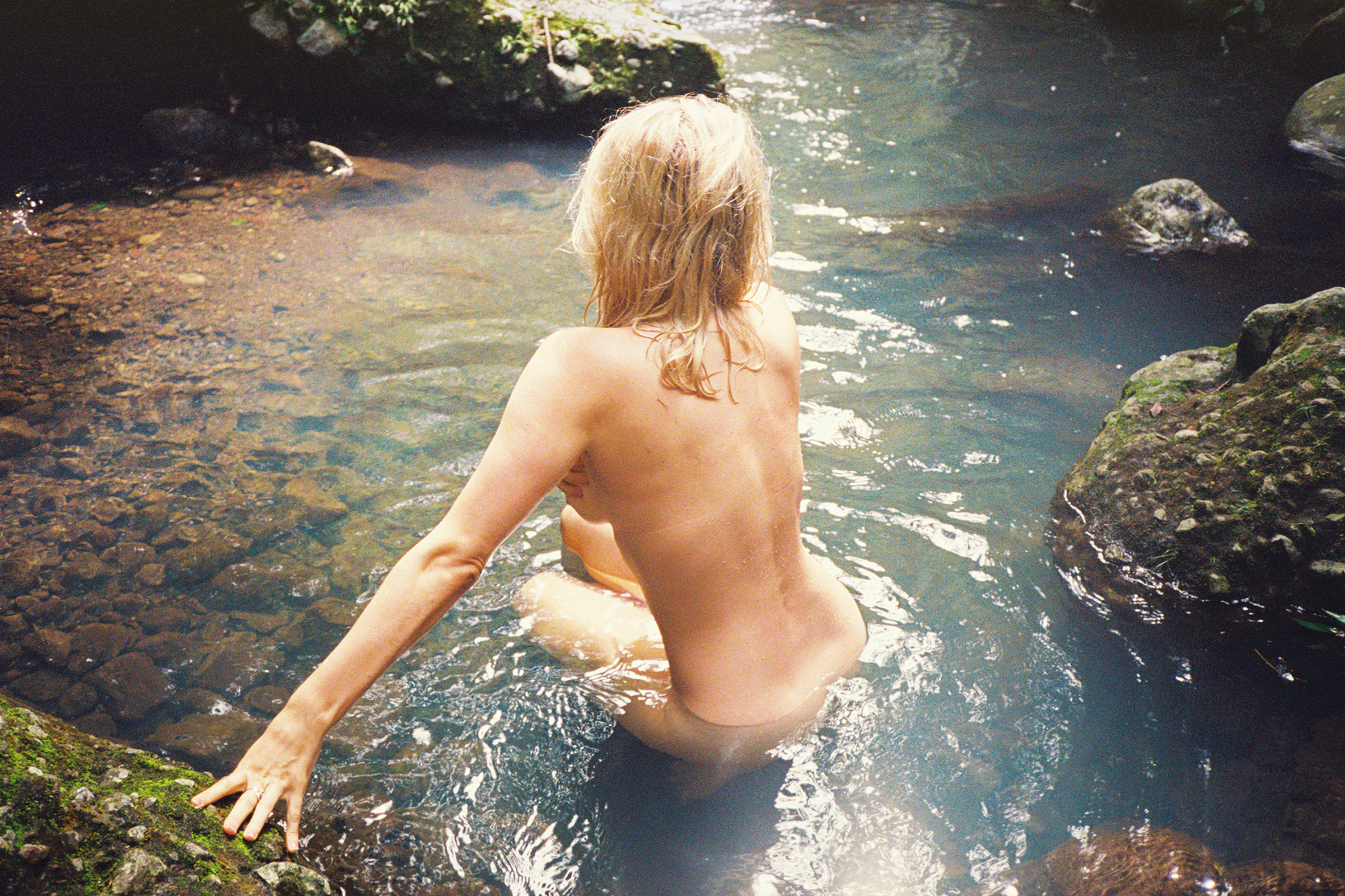 How do your parents feel about Slutever?

We never discuss it. It's been one of those elephant-in-the-room situations where no one has ever brought it up. My mom has brought up the Vogue stuff now, but says "Oh, that's nice." We never talk about it in specifics. It's not even about them, it's more about what their friends are going to think.

Is there anything that you won't write about?

I don't think I can pinpoint it, but I know when something is too delicate. I also don't have any interest in going to topics that are illegal or morally incorrect.

How did you land your "Breathless" column with Vogue?

I was surprised! Sally Singer, the editor of the website, liked my blog. They came to me about a year and a half ago and said that they were looking for someone to do some freelance pieces about sex. They were going through a change at the magazine at the time and were more focused on their online content. They had pretended that sex didn't exist for the past decades and that doesn't really make sense. Sex is a big part of everyone's lives, and they said they needed to stick a toe in the water and see what the reception was like. The things I was writing for them at the beginning were less explicit, like talking about body image.

Does Anna Wintour read your stories?

I know that she is really hands-on. She has to physically interview every staff member, and people who write for the website have to be approved by her. So, yes, she actually has, which I find really funny. In editorial meetings, they refer to my column as the "emotional health column," rather than the "sex and relationships column," which I also find funny. It's worth noting that they have gotten far more open as time has gone on. I think the readership is down with reading about sex in a really honest way. In the beginning, there was a lot of editing out of explicit language. Now, it was my editor's idea that my most recent column be about anal sex, which I thought was insane. There were a lot of negative comments about it, but it's cool that Vogue feels comfortable doing that. 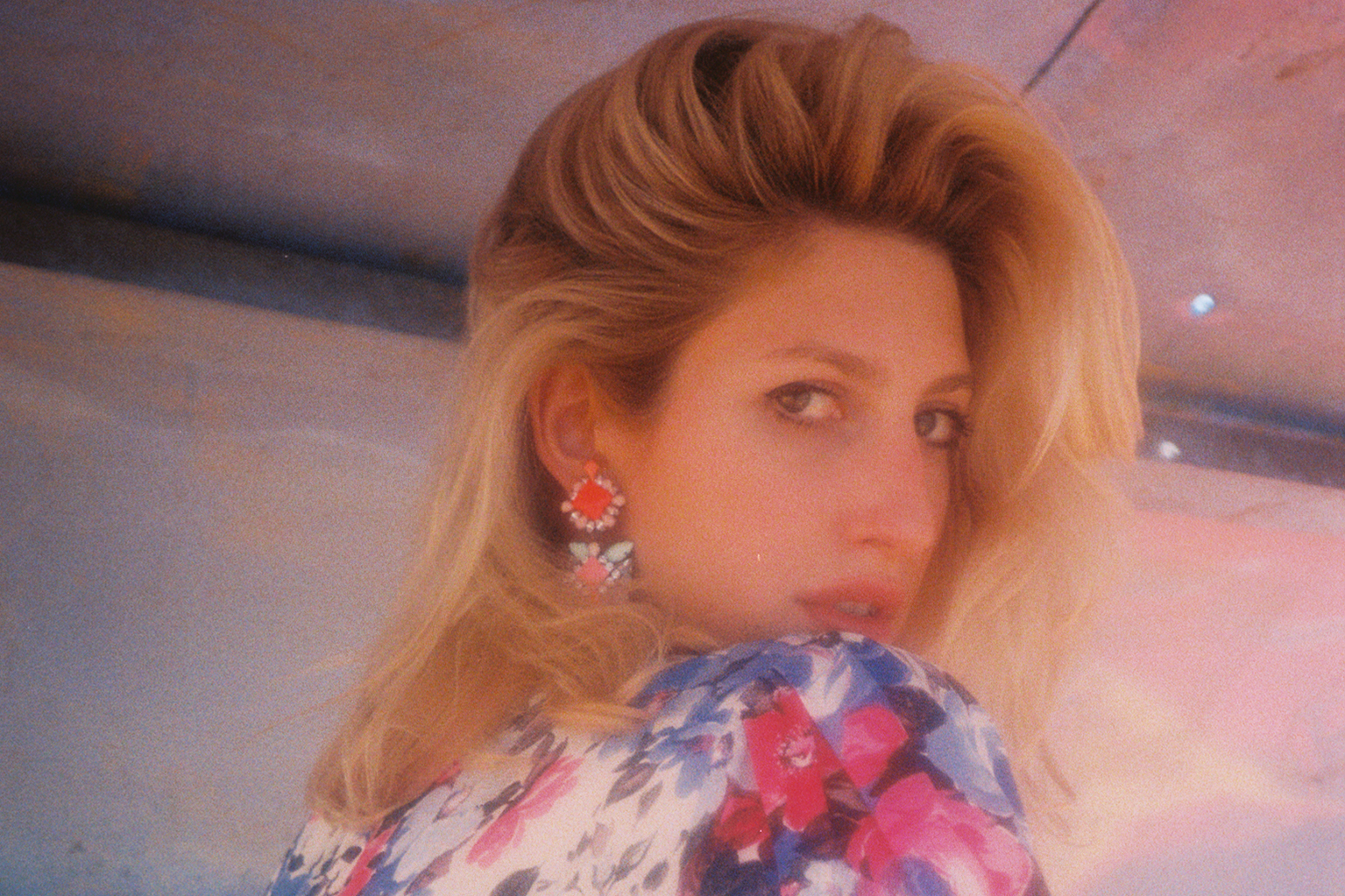 Do you feel like the fashion industry at large is open to sex?

I do. I think fashion and sex are so linked. So much of the way we sell clothes and advertise ideas about what a women is, how she should look, and what she should wear, is through sexual imagery; so much of that is the objectification of the female body. It's important to have female voices discussing sexuality in an open, honest way to go alongside that, since we're continually being fed the idea that sex for a woman is looking really sexy for a guy and wearing an expensive dress. You need to counter that with a more thoughtful, real interpretation of sexual relationships for women.

How are societal attitudes towards women and sex changing?

There are a lot of women in media who are talking very openly and honestly about their sexual experiences, like Lena Dunham, Chelsea Handler, and Amy Schumer. The fact that female comedy like that exists feels new to me. When I was growing up—aside from Samantha on Sex and the City, who still to this day is one of the most aggressive sexual females on television—the woman who was happy with her promiscuous sex life didn't exist. Now, that is something that exists in culture quite often. I feel like sites like Rookie are helping too. Rookie talks about sex in a way that's not acknowledged; they're not saying that it's good or bad, but discussing it as a reality.

How do you feel about hyper-sexualized celebrities, like Kim Kardashian?

As someone who isn't super thin, I like the fact that people like her exist in terms of body image. I like that we now live in a world that celebrates all types of female bodies. There are clearly the very thin models, but some of the sexiest women in the world are people like Kim Kardashian, Beyoncé, and J.Lo. I get why people are interested in Kim, because it is blind and unashamed self-obsession, but I'm always going to be more interested in someone who does something rather than someone who just looks a certain way.

Which of your articles have gotten the most buzz?

One of the most successful was the heartbreak breakup article I wrote for Vogue over the summer. Another was a Vogue column called "Is Instagram Ruining Your Love Life?" that was about FOMO on Instagram and comparing ourselves to other people. Another one was looking at why straight men are bad at oral sex. 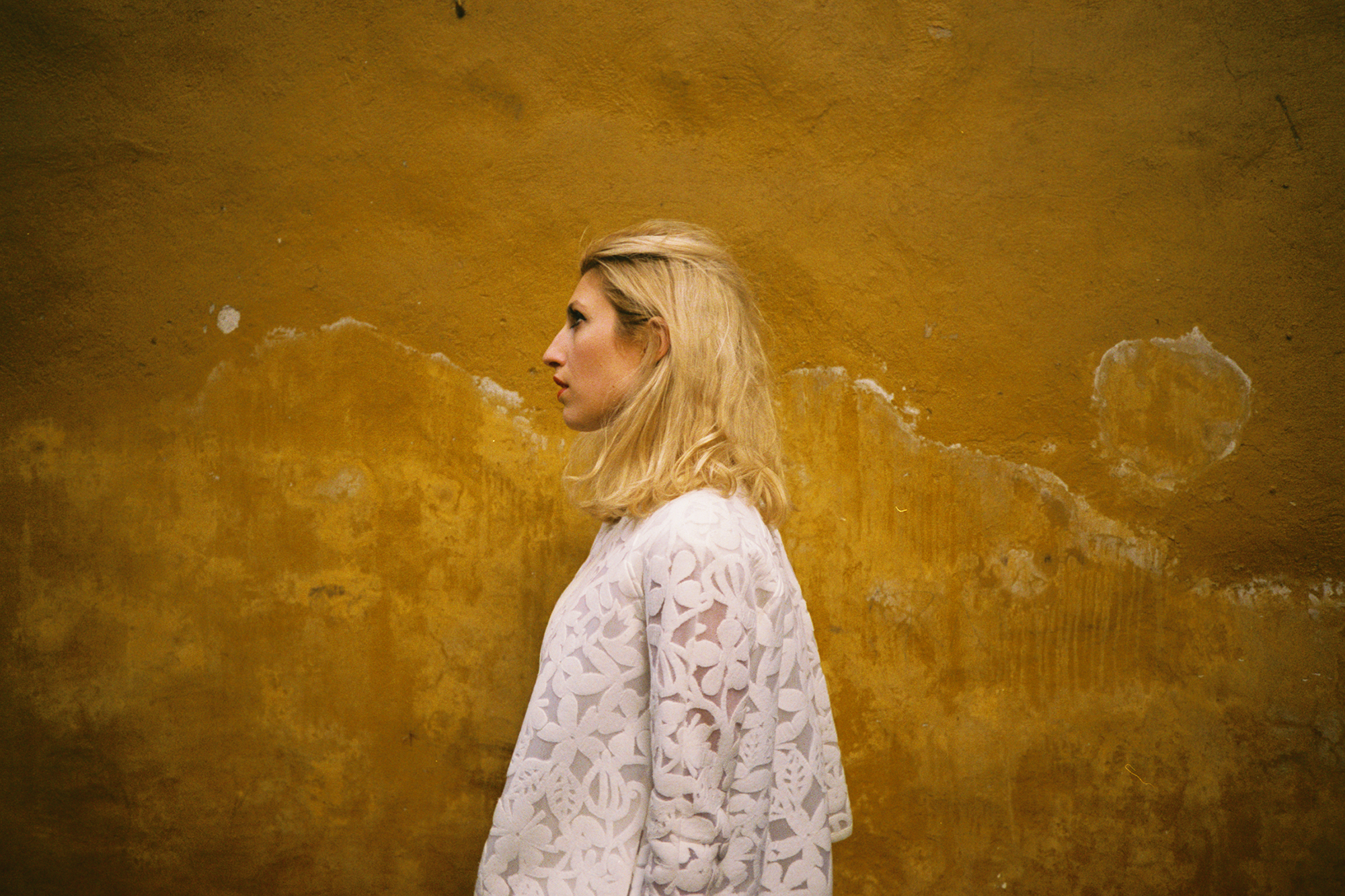 Do you have haters? How do you address them?

Anyone who creates something for public consumption on the internet is going to get backlash. I love hate comments in a weird way, because I really feed on them. Anyone who actually creates something never goes on the internet and blindly comments, "That was shit." That type of comment comes from someone who does nothing of importance. It is such a red flag. Only unimportant people with no voice leave comments like that. That gives me a perverse pleasure.

Do you think you'll be writing about sex forever?

Probably not. Now I'm doing more screenwriting. It's really a good outlet for me to not have to write personal essays about sex, which does get exhausting. But I also like the idea of writing about wider topics of sexuality that don't necessarily have to do with myself, and writing more about art and culture. My five-year plan is working more in film. Naturally, I think people get sick of writing about the same thing.

What's next for Slutever?

I am looking into other blog models now, like how Man Repeller and Into The Gloss have a team of people writing for them. If I'm simultaneously trying to do stuff, like writing a book or a movie, and I constantly have to update my blog, it takes up a lot of time. I'm toying with the idea of making it more of a website for people to come to that is an open discussion about modern sex.

Do you have advice for people who want to write about their private lives?

You have to pretend that your parents don't exist! You can't let them get in the way of creating something. I remember interviewing Bruce LaBruce, who makes semi-pornographic gay art films, and asking him how he makes those kinds of movies without thinking of his parents. He said that most great artwork wouldn't be created if people cared what their parents thought.