Caitlin Donovan has an enviable title

Christie’s handbag specialist Caitlin Donovan has an enviable title. How does one get to spend a career surrounded by the most expensive bags in the world? That’s where she was last month, walking Racked through the items set to go on sale in a live Christie’s auction. All the bags — 80 percent of which were new and unworn — were displayed by color, from tangerine ostrich Hermès Birkin bags to blue patent Chanel Boy Bags. "It’s like the most beautiful Skittles you've ever seen in your life," Donovan said.

At age 28, Donovan’s skills are highly sought after: she got her start at Heritage Auctions and caused a ripple in the auction world when she and luxury accessory team members, led by "Birkin whisperer" Matt Rubinger, moved to Christie’s in 2014.

Donovan pointed out the tiny horseshoe next to the Hermès logo on a Birkin, indicating that his bag was custom-ordered by a top Hermès client. "So that makes this bag really one of a kind, because the bag wasn't made in a big run by Hermès, it was made for one client," she said.

She moves on to a snowy white crocodile Birkin. "This is the highlight of our auction, it has the highest estimate of $80 to $100,000," she said. (It sold at auction for $149,000). "This is the Himalaya Birkin. This is of the bags that Hermès makes, the most rare, the most coveted, the most collectible." But alongside the Himalaya Birkins and the Chanel shopping basket straight off the fashion house’s 2014 "Supermarché" collection, Donovan also sources bags for the emerging collector. She talked to Racked about how she got into this line of work, what it’s like to be in closets with secret, Hermès-only rooms, and why the secondary handbag market is making history in the auction world for women.

What is your background?

It's funny, I actually got into the handbag industry accidentally if you will. I graduated from Vanderbilt and I started working with this organization which was a women's organization called Women Corporate Directors and through that organization and I met this incredible woman. To go back a little bit, during this summers I interned for a number of PR firms in fashion, in-house, and although I love the companies I work for, I graduated from college and said, "I want to do anything but get into fashion." There's nothing against it, I decided being in it: this isn't for me. 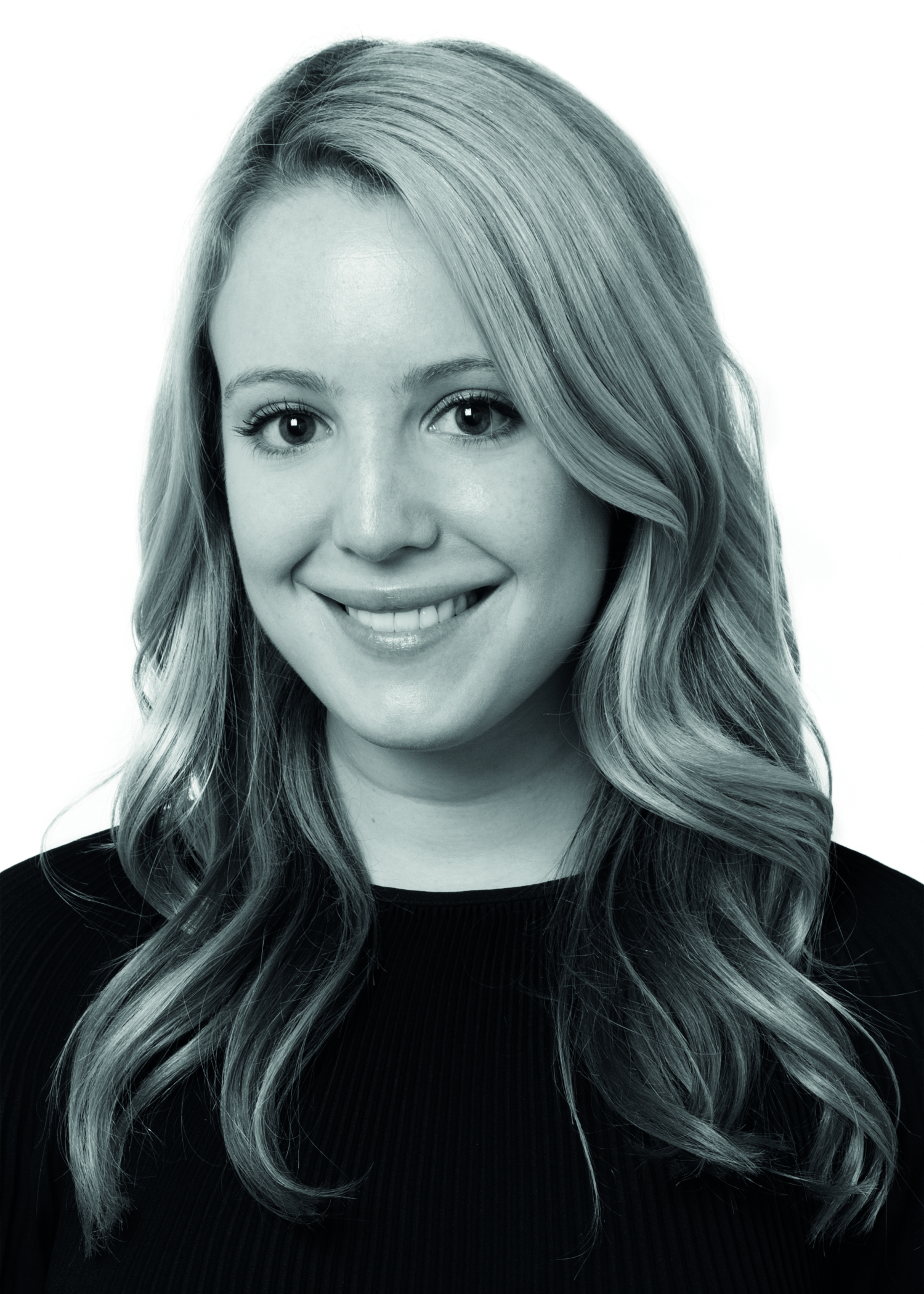 I graduated and I actually met this wonderful woman, her name was Holly Caldwell. She had this fabulous background, she went to the Air Force Academy, graduated as an aeronautical engineer, went into finance and consulted, and waited until she had amassed enough of her own personal fortune to start her own handbag line [called Holly Caldwell LLC], which is really what her interest and passion was. She wanted to implement what she learned from being an aeronautical engineer into design and functionality and streamlined, highly-functional handbags that were very beautiful. The craftsmanship was superb, along the lines of something like Hermès, and I met her and I was like, I don't care what you do, I just want to work with you. You're so wonderful, and high-powered, and smart.

So I started working with her and grew to be the director of sales and marketing for that handbag company. From there I kind of wanted to grow and try working for a larger company. That's actually when I ended up interviewing [with] a friend of mine, Matt Rubinger, who had started the category for handbags at Heritage Auctions. He hired me from there and that's how I got into the handbag auction world.

Working for a small company, you wear a lot of hats. At Holly, not only did I do the outreach and sales and marketing, I also worked with the design and meeting with the factories in Italy, so I knew a lot about handbags. But [Rubinger] taught me a lot and I learned a lot in that first six months. It was like a crash course in all things handbags, especially Hermès, Chanel, Louis Vuitton, learning how to authenticate, how to understand value on the primary market versus the secondary market, meeting with clients, being client-facing — it was really kind of its own new beast.

We're also a really small category, only three of us in the US. Primarily, as an auction specialist, my job is to meet with clients and to bring in property. So that means meeting with clients, assessing what they have, making sure it's authentic, understanding what we would price it at at auction.

We have a number of different sales platforms in our category, so it’s deciding whether that piece would go into a live auction or an online auction, go on our online handbag shop, be sold privately. Then on the backend, there's obviously being that we're a new category we're still focusing on growing. Working on our sales plan, different markets to tap into, the marketing departments, e-comm, PR on a daily basis. [And] all jobs have an unpretty side — we do a lot of packing and unpacking at times.

Are you actually in people's closets, looking around?

Absolutely, that's probably the most exciting part of my job. Oftentimes we'll meet with clients in their homes and if you can imagine, some of our clients have the most exceptional, large handbag-only walk-in closets I've ever seen. Walking into a client's closet and pushing a shelf and it opening into a bigger only-Hermès closet. I've seen some amazing things.

Then do you do a Marie Kondo?

Yes, for some clients. They're like, "What should I sell and what should I keep?" And I love helping them decide. But often times it's kind of an easy decision to make and I always say I never want a client to part with a bag before they are ready. When I'm coming in, I say, if you haven't used this bag in however many years and every time you try to use it you don't like the color, sell it and buy something new.

What do people say when you tell them you have this job?

It's very funny because especially in times like this — we have a live auction tomorrow, so we're incredibly stressed — someone's like "That job sounds so much fun!"

It really is so much fun. I'm very lucky to be working with handbags and I adore working at Christie's because I love being surrounded by all the other categories and specialists and constantly learning. But it's one of those jobs that sounds very glamorous on the outside, and often times I meet with clients and they ask if they can work for me or with me part-time.

What's the most expensive bag you've ever sold?

We actually broke an auction record last year in our category in Hong Kong. We had a crocodile Birkin with 18-carat gold and diamond hardware and it broke the auction record of the most expensive bag ever sold at auction, [going] for around $223,000. It was really quite exceptional. But you know we've sold Himalaya Birkins for upwards of $170,000, so there are definitely expensive Hermès bags on the market.

What do you think is the appeal of the Birkin?

It's the only female-centric collecting category in the auction world. I think historically even jewelry, which was bought by women, was purchased by men for women. We finally have a category where women can be buying and collecting and selling and enjoying something that is collectible and valuable. It's one of the exciting parts of the category. It's nice to see the breakdown in sales and realize how many female bidders there were in our auction. It's really unheard of in the auction world.

I also think that being able to buy a luxury accessory and know that it's going to hold or even grow in value is very appealing. Third, you're buying the craftsmanship, you're buying something that really is a work of art and made to last and exceptional and the history of Hermès is wonderful. It's the third reason to really justify spending the big bucks.

You said you have a Birkin. Are there any other bag brands you love in your personal life?

I personally love having vintage pieces, I have a great vintage Lady Dior bag which is great because they re-released it, and now everyone's like, ‘I didn't see that model in stores.’ I have this great black and gold Birkin. I love streamlined brands like Celine and Valextra. I steer away from the fashion-y and toward the classic and well-made bags. Even these Chanel bags, I know they're a little more playful, but they're incredibly well-made and I love Karl Lagerfeld's message. He took a note from Coco's book.

Something I constantly preach is [that] it makes more sense to save and buy one really special bag as a opposed to buying the trendy It bag of the season — [which] is then passé a season later. Buy a beautiful vintage [Hermès] Kelly because while you'll pay probably a little more, maybe even a little less, given how expensive bags are now on the primary market. You'll be able to have it for the rest of your life, it will never go out of style, you can give it to your grandchildren if you want. The Kelly has changed almost not at all since it was created.

Do you have any advice for someone who wants to do what you're doing now?

I think it's important to follow your passion. All of us in this industry kind of fell into it, we didn't really know what this industry was going to become. When we started doing this and we loved what we were doing, we thought this is fun and exciting and we went full-speed ahead and I think that's gotten us to where we are now. We've been at different auction houses, my group that's been in this category, growing this industry, we've changed and we've done it privately, we've kind of faked it until we made it until it was a real thing. That would be my advice.

What do you think is the future of handbag collecting?

I think that with that knowledge, people are going to continue to look at the secondary market, buy pieces that they can collect and grow collection and consider worth something as opposed to frivolous spending. So I think the category has a lot of room for growth. On the primary market, it's a multi-billion [dollar] industry, so I feel like there's a lot of room for growth in the secondary market.

It's nice to know that your beautiful purchase is an investment of sorts.

It is, absolutely. There's been a lot of articles recently about Birkins being just as valuable as gold, I have to say I'm behind that. I've had clients recently say, I'm cleaning out my closet, I have too much and the only thing that's held its value are my handbags. Preaching to the choir, but I think that's exciting news to hear.