‘The Bachelorette’ 2016 Episode 2: The Worst Outfits From Last Night

Share All sharing options for: ‘The Bachelorette’ 2016 Episode 2: The Worst Outfits From Last Night

Last night's episode of The Bachelorette confirmed a few things: First, that Daniel and Chad's bromance is this season's JJ and Clint; second, that even when James Taylor inevitably gets sent home he'll be back in the public eye via a country album; and third, that the contestants are all still very bad at shirts.

Beyond JoJo's commitment to blindingly bright sparkle dresses and cutout-riddled matching sets, here were the most important moments in Bachelorette contestant style from last night: 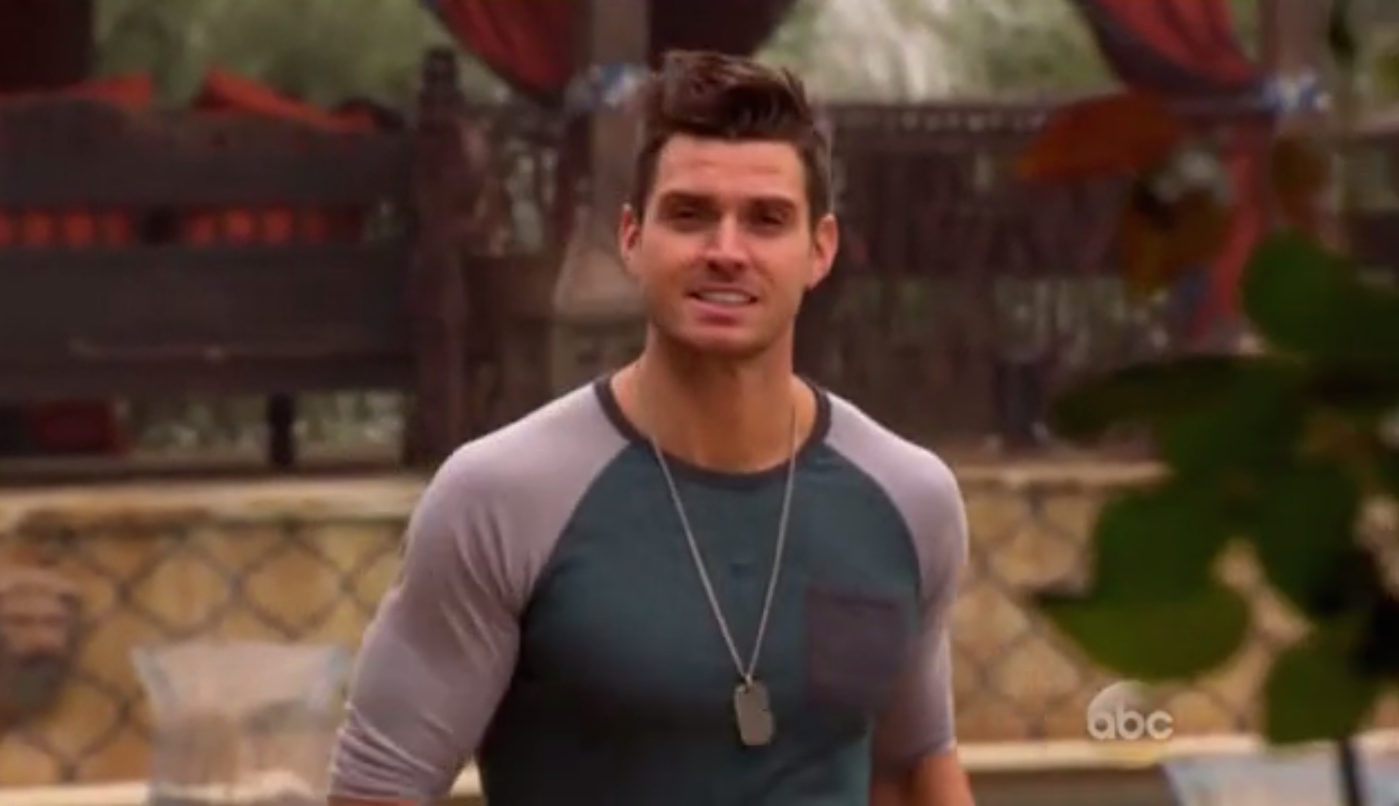 Luke's only real airtime on last night's episode was when he was complaining about Chad, but honestly I couldn't hear anything he was saying because the tightness of this shirt was screaming into my eyeballs. Considering his portrait photo shirt and his similarly tight leather jacket later on in the episode, this is officially becoming a highly disturbing trend for Luke.

"Luxury" real estate agent Chad, whom everyone hates, filled his suitcase full of protein powder and then strapped it to a belt, so technically it counts as an outfit. He also called JoJo "naggy," ate all the free meat, and threatened his fellow contestants, saying they were "going to lose their teeth." Chad is still here, however, because JoJo respects his honesty the producers politely encouraged JoJo to please keep him around for another few episodes, thanks.

Although it's a slightly different style from the one Luke wore, the similarities are there. Tight leather jackets are taking over this season of The Bachelorette. You've been warned.

As a special gift for sitting through two hours of bad outfits, we were treated to a few glorious moments during which contestants were forced to do sexy firefighter things while wearing sexy firefighter outfits. It's in these moments, when the show makes the suitors dress up for our amusement like circus monkeys, where The Bachelorette really comes into its own. Stay tuned for next week's two-nighter, which will hopefully include more of the same.

The Bachelorette 2016: Everything You Need to Know About Season 12