The day Stirling Barrett found out that his eyewear brand Krewe du Optic had been chosen as a top ten finalist for a 2016 CFDA/Vogue Fashion Fund award, his team took to the streets of New Orleans — Champagne bottles in hand — to celebrate. And rightfully so.

Drinking alcohol on the street is totally legal in the Big Easy, but it’s especially encouraged if you manage to snag the fashion industry’s equivalent to an Oscar nomination.

"We’re the first Louisiana-based brand ever nominated, and I think we’re the second eyewear brand; sun and optical," said Barrett from the courtyard of his French Quarter flagship store. 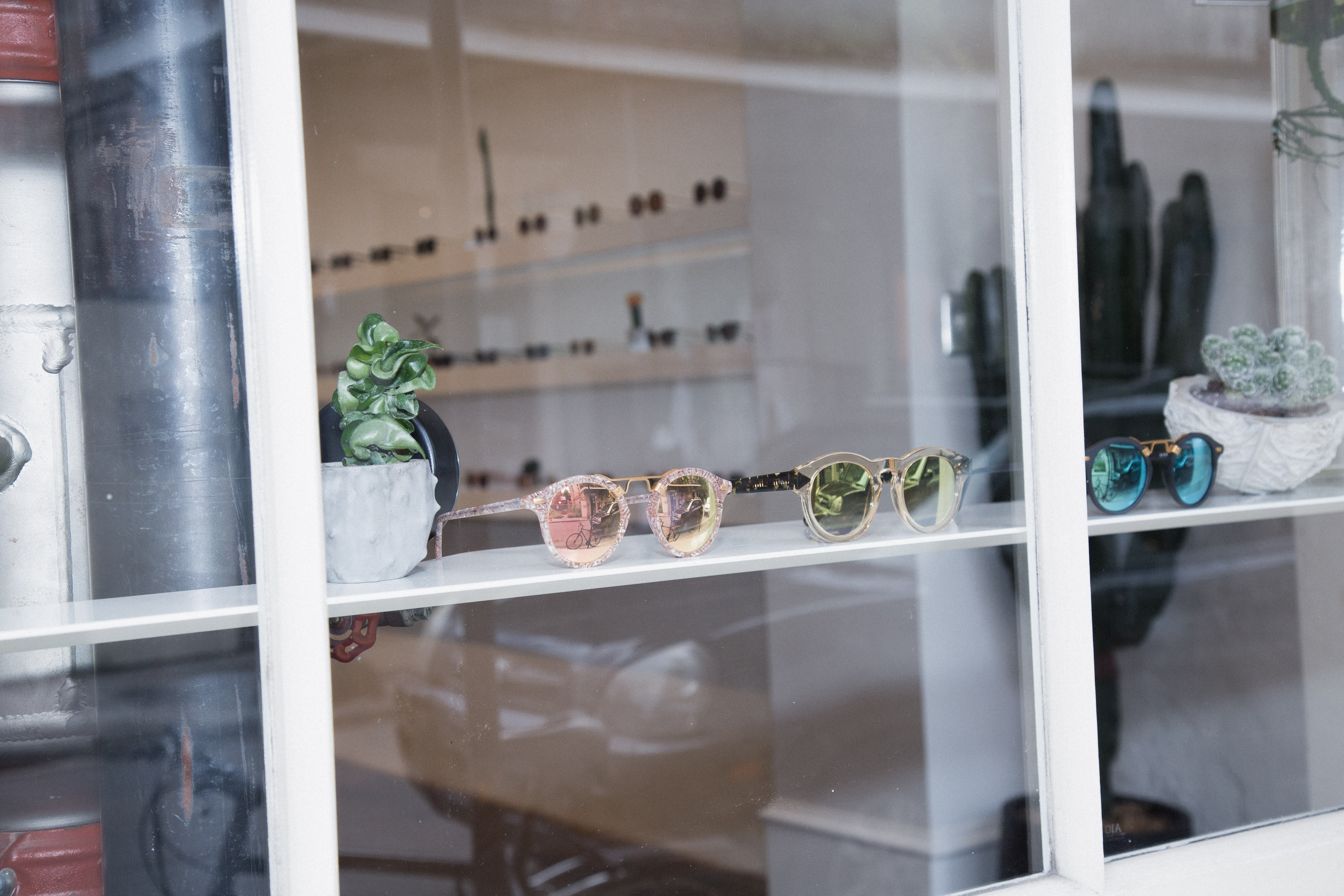 In just three years, Krewe du Optic has experienced significant growth. They’ve been featured in the pages of Vogue and Vanity Fair, and now they join the likes of Adam Selman and Chloe Gosselin on the short list of designers up for the $400,000 CFDA prize.

Beyoncé and Selena Gomez are fans of the brand’s handmade frames, and just about every well-known model has two to three pairs of Krewe sunnies in their street style arsenal. Aside from Kendall Jenner and Alessandra Ambrosia, Gigi Hadid seems to be the brand’s number one fan; a quick scan of Krewe’s vibrant, New Orleans-style Instagram account shows the model in several of their colorful, mirrored sunglasses.

These famous faces, along with Krewe du Optic fans around the world, have joined the brand’s proverbial "krewe" (pronounced crew) — a unique New Orleans term that historically represents the diverse group of people that come together to celebrate Carnival season each year.

The city remains at the heart of what Krewe du Optic is and what the young brand is doing. "I think that being nominated for the top ten was a huge step in the direction of, ‘look at this company from New Orleans playing on this field,’" said Barrett. "We’re not even trying to move out of New Orleans, and we’re purposefully saying we’re going to stay in New Orleans forever. I think that was what meant the most to us. Getting this far was a huge opportunity, but getting here from just being ourselves is even more rewarding."

The brand opened its French Quarter flagship on August 29th, 2015, the ten-year anniversary of Hurricane Katrina. "The shop looks totally different from any other on the street. The concept for this was, ‘how does New Orleans do a concept store?’" said Barrett.

From the cold brews you can sip from Krewe’s very own built-in coffee bar, to the hanging plant gallery, the reading room, and the shady courtyard, each element of Barrett’s concept shop is a perfect portrayal of the brand — a little bit of the old mixed with a little bit of the new.

"The courtyard was important. There is no courtyard in the city that you can just go and hang out in for no reason," said Barrett on a tour of the backyard. "People don’t buy sunglasses every day, but from a Krewe perspective, we wanted to interact with our customers on a daily basis. So we built a space that people can come and hang out in without feeling that pressure to buy."

The concept shop experience is a new one for the city of New Orleans. While the city does have its fair share of creative talent in food, interior design, music, and art, fashion is one creative field that hasn’t quiet blossomed there yet.

"New Orleans is a creative hub that is definitely growing. The South can be hard. There’s definitely growth in the design world, but from a fashion perspective, we’re a little lagging," said Barrett. "But then again, that’s not really what New Orleans is. That’s why we’ve been successful in eyewear, because it’s less about the brand. It’s more about the vision, the culture, the idea of what we represent." 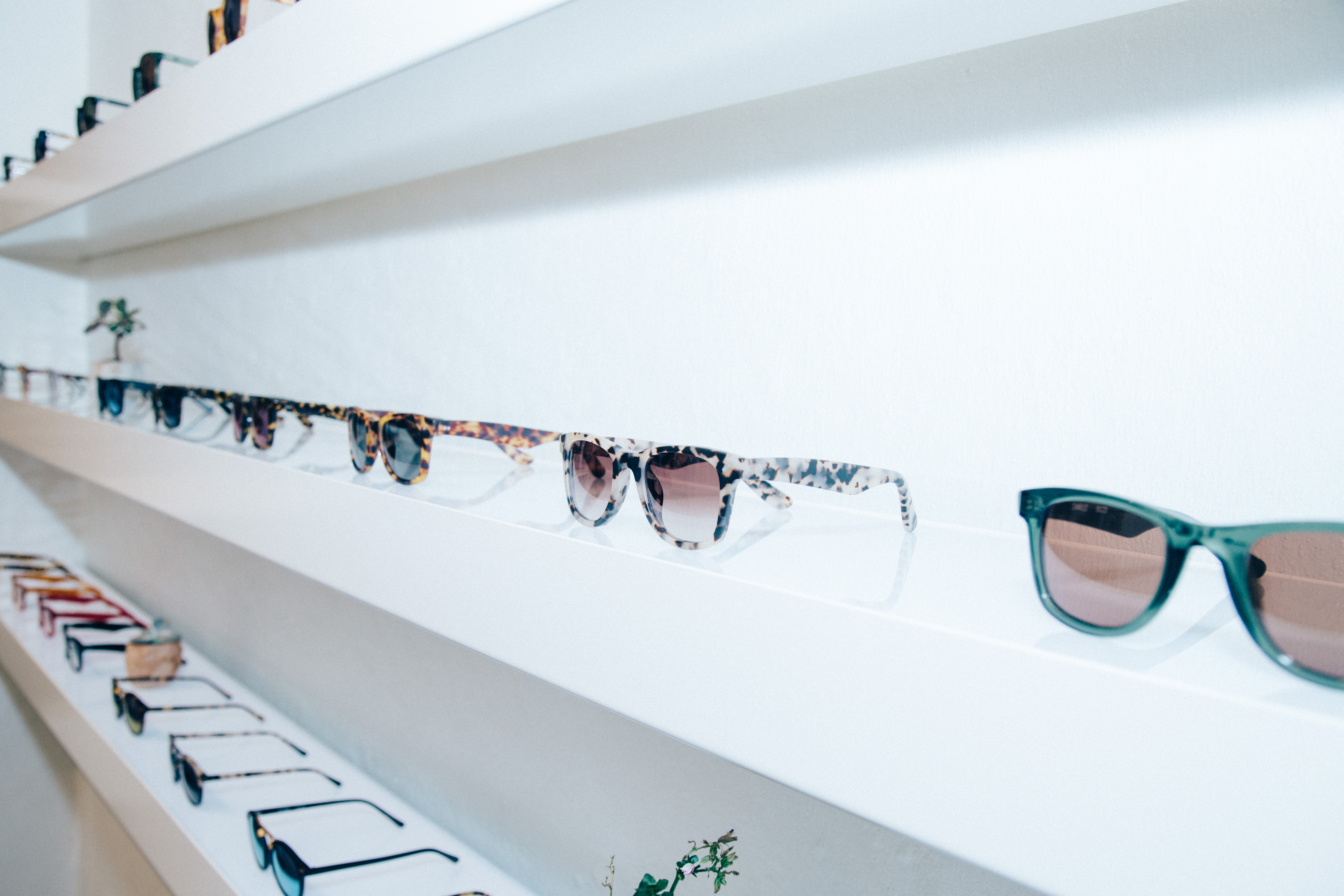 Barrett said that his main goal with Krewe du Optic is to show people in New Orleans that hitting it big in the fashion world is possible.

In the next few months, you can expect a lot from the Southern eyewear brand, including its own version of a Fashion Week presentation. "We’re going to move away from trade shows and start throwing one big event every year in New Orleans. We’ll do our own presentation here, make it cultural, and on a Saturday we’ll close down Royal Street and have a street festival for the whole city," said Barrett. "It’s going to be a big thing, but it’s kind of more in our voice of how we want to do things."

The first New Orleans presentation will go down this October, one month before the CFDA/Vogue Fashion Fund winner will be announced.

"We want to continue to be culturally inspired, telling the story we want to tell, the way we want to tell it, from New Orleans. And hopefully inspiring more people in New Orleans and in other small markets to just do it," said Barrett. "Krewe is about doing something from somewhere nobody expected."

For more on fashion and shopping in New Orleans, see our guide »