Six years ago, Ivanka Trump started a fashion label. She was the daughter of a real estate mogul and had starred on her father’s NBC reality show; at that point, she had already launched a fine jewelry line. But the brand she debuted in 2011 positioned Ivanka Trump firmly in the retail world, with big names like Nordstrom quickly picking up her products. The Ivanka Trump brand successfully introduced footwear and accessories before it expanded into apparel a few years later. By 2015, it was a staple in stores like Bloomingdale’s, Macy’s, Dillard’s, and Lord & Taylor.

When Donald Trump’s presidential campaign picked up steam in 2016, though, things got complicated for Ivanka Trump the person, and, by extension, Ivanka Trump the brand. She took to the campaign trail in an effort to secure her father’s nomination — and eventual election — by appealing to Ivanka voters. Tension around the would-be first daughter reached a boiling point after the tape of her father bragging about sexual assault went viral in October, prompting shoppers to organize the #GrabYourWallet boycott of Ivanka Trump and every other Trump family brand.

Soon after Donald Trump took office, Ivanka’s label began seeing the ramifications. First, products started disappearing from Nordstrom’s site, and then Burlington’s, Belk’s, and Neiman Marcus’s. Retailers like Bluefly, which carried more than 300 products from the line, also began to minimize the label’s presence. T.J. Maxx and Marshall’s ordered Ivanka signage be moved to the garbage. Nordstrom confirmed it was dropping Ivanka, citing “poor sales” as the reason, while others have been even more vague, explaining that they constantly assess what to carry every season. Kellyanne Conway even got involved. It’s messy, which is why we’ve created an updatable tracker so you can follow who is doing what when it comes to Ivanka Trump.

Ivanka Trump wasn’t the only target of the #GrabYourWallet boycott. The Trump family has a number of other retail brands that sell their wares in major stores, from Donald Trump’s menswear range (which includes neckties) to the Trump Home line, which offers lighting, furniture, and bedding. These licensed brands are smaller and less known than Ivanka’s, but retailers have begun dropping them too.

Have a tip for us?

If you’ve noticed a store that’s stopped (or started) carrying a Trump family brand, or that has minimized its selection, we want to hear from you. Shoppers and employees alike can tip us by emailing trumptips@racked.com. We can grant anonymity — we won’t publish your name or any other identifying details. However, it may be necessary to contact you to verify your tip. 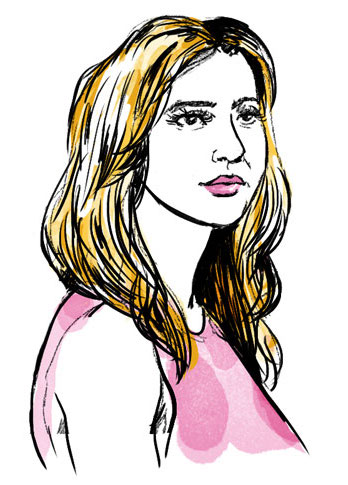 For all of our in-depth business reporting on Ivanka Trump, click here.