How Need Supply Co. Went from a Tiny, Local Shop to a Fashion Brand With a Global Following

And gave Richmond, VA a real sense of style in the process.

Share All sharing options for: How Need Supply Co. Went from a Tiny, Local Shop to a Fashion Brand With a Global Following

Richmond, Virginia’s fashion and retail scene is on the up and up. Shops and contemporary art galleries have revitalized the downtown area; the city’s popular Carytown district now has hundreds of locally owned businesses to shop; and indie boutiques are popping up from Church Hill to the historic Fan District.

Two decades ago, it was a different story. Richmond was home to a just a handful of locally-owned fashion boutiques. One of the best of them then, as it is now, was Need Supply Co., a brand that’s grown from small local gem into an international player in the fashion industry, paving the way for many of the cool indie stores and brands that make the Richmond shopping scene so vibrant today — while staying true to its RVA roots.

Looking at the brand’s global influence (two retail stores in Japan, a thriving e-commerce business, a quarterly magazine, and a newly-launched line of men’s and women’s basics) it’s hard to imagine that Need Supply Co. had humble beginnings. Founder and CEO Chris Bossola opened the shop in 1996 under the name Blues, as a pocket-sized boutique selling vintage Levi’s. At the time, vintage Levi’s were a rarity, and Bossola had a trove to sell in a small market that didn’t have access to such cool finds. 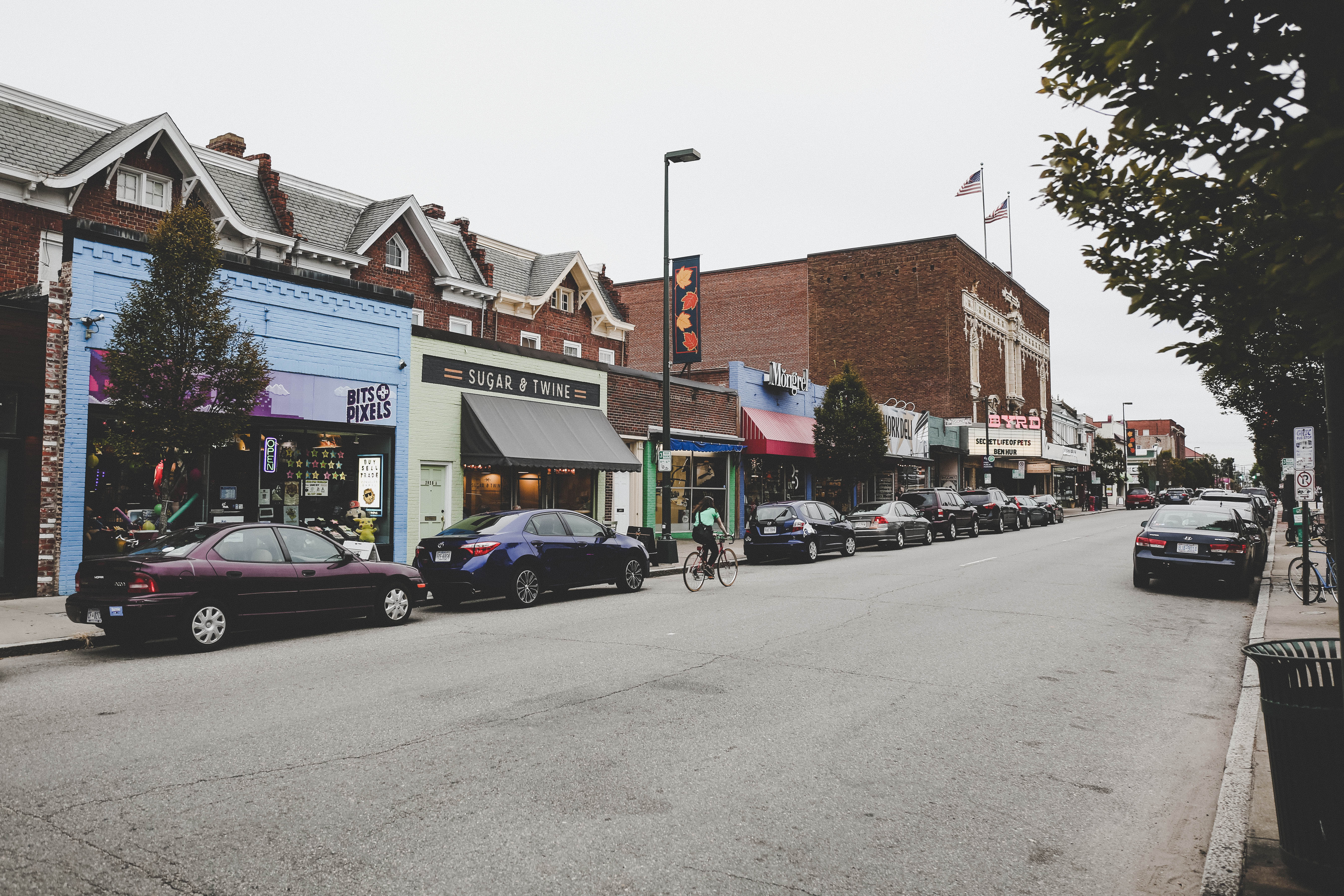 "That was really the concept to start with," says Bossola. "And then we decided we could sell other products alongside the vintage Levi’s. So, over the years, we added a full store for men’s and women’s clothing — a combination of well-known and up-and-coming designers."

From the start, Need Supply’s M.O. was cherry-picking products and designers that weren’t available in Richmond. These were the dark, pre-internet days, before shoppers had the ability to track down obscure labels with a quick Google search. You had to get in your car and drive to a store to buy your clothes or patiently wait for the mailman to deliver the Spiegel catalog.

"Discovery was still big in the retail space, showcasing things that people didn’t know of," says co-owner and creative director Gabriel Ricioppo, who joined the NSCO in 2008. "From a local standpoint, that was the spot, that was where you wanted to work, and that’s where you wanted to shop," he recalls of the brand’s early days.

Two decades later, Richmond has a burgeoning creative scene with more indie designers and artists than you can shake a sketch pad at. With Virginia Commonwealth University’s nationally-lauded arts program and its much-anticipated Institute for Art Contemporary, along with several community art centers and contemporary galleries, Richmond has become a creative hub, educating and lifting up the city’s makers.

"Richmond as a whole is very supportive of indie retailers," says Kristy Santelli, founder of Drift / Riot, a Richmond-based jewelry and accessories line that’s carried by Need Supply. "I think the need for smaller stores and unique handmade merchandise is trending and Richmond has the means to respond. The city’s focus has really shifted in the past seven years to become more supportive of the arts and creating spaces where art can be made."

According to Santelli, Need has played an intricate part in Richmond’s fashion scene, and the company has been hugely supportive of local indie brands as it has grown. "People are now more interested in what Richmond is doing in terms of fashion because of Need’s large-scale reach," says Santelli. "And with that, they also give local designers a larger reach, which helps us expand with them." 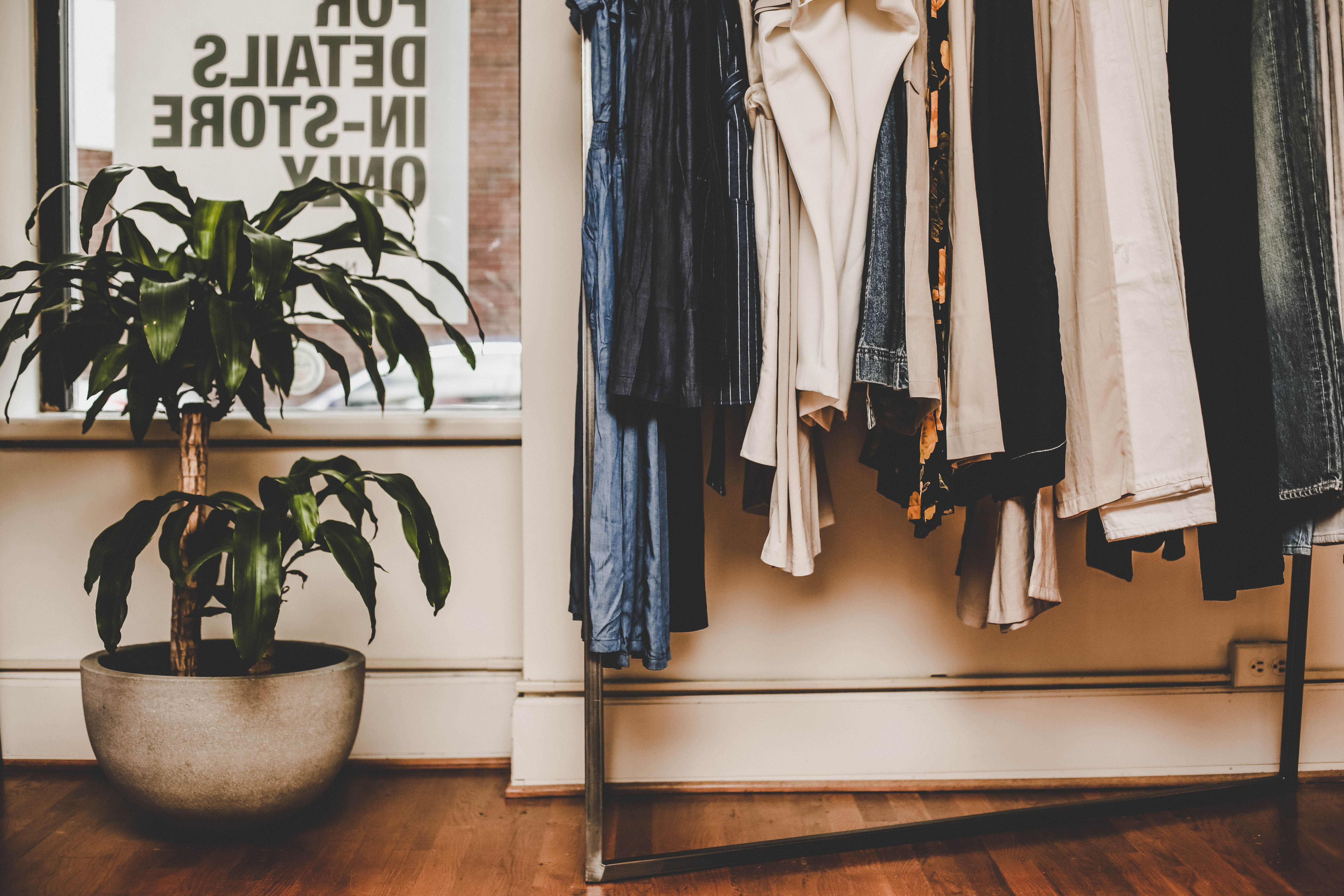 Need Supply Co. was Drift / Riot’s second stockist, showcasing Santelli’s handmade wares in the store and online. "After Need picked us up, my wholesale accounts started to double, and the demand grew," says Santelli, who now works full time on her label. "They played a major role in where I am today." Drift / Riot is now carried in small boutiques across the country, and Santelli plans to open a storefront of her own with her husband, the art director for Richmond-based Ledbury, another local clothing company whose history is intertwined with Need Supply’s.

Ledbury launched in 2009 as a men’s tailored shirt company, and has since expanded to a full line of menswear and accessories. Co-founders Paul Trible and Paul Watson are good friends with the folks behind Need Supply, interacting on both a professional and personal level.

"[Need Supply Co.] has been helpful to all the young brands who have gotten their start here," says Trible. "It’s added validity to what is happening in Richmond — Need Supply, Shockoe Atelier, Ledbury, and all the other players. [Need Supply Co.] started that narrative and we are falling in line."

So, how did Need Supply go from a little local denim shop to a global brand? Its successful pivot to e-commerce played a huge part in the company’s growth. Ricioppo joined the brand in 2008 to head up that effort. He took the NSCO’s simple, clean aesthetic and created an online shopping experience that echoes the vibe of the brick-and-mortar, which in turn tapped into the minimalist zeitgeist sweeping the web around that time.

With an established online presence, Need Supply had a larger vehicle to connect with consumers around the world, and quickly gained an international following. "It’s not just people walking down Cary Street [in Richmond], but people from around the world who know what you chose to sell," says Ricioppo.

Another key piece of the puzzle seems to be the brand’s authentic — and consistent — point of view. "I feel like going to the website they have 100 brands, but it all looks like Need Supply," says Trible.

When designing the website, Ricioppo knew from day one that a blog would be an integral component of Need Supply’s online identity, a place beyond the clothes where a deeper conversation of lifestyle and culture happens. Stories on the blog include profiles on designers, travel guides, and food and wine features. "The blog became so important," says Ricioppo. "It became important to express our DNA and connect and resonate through a channel like that." 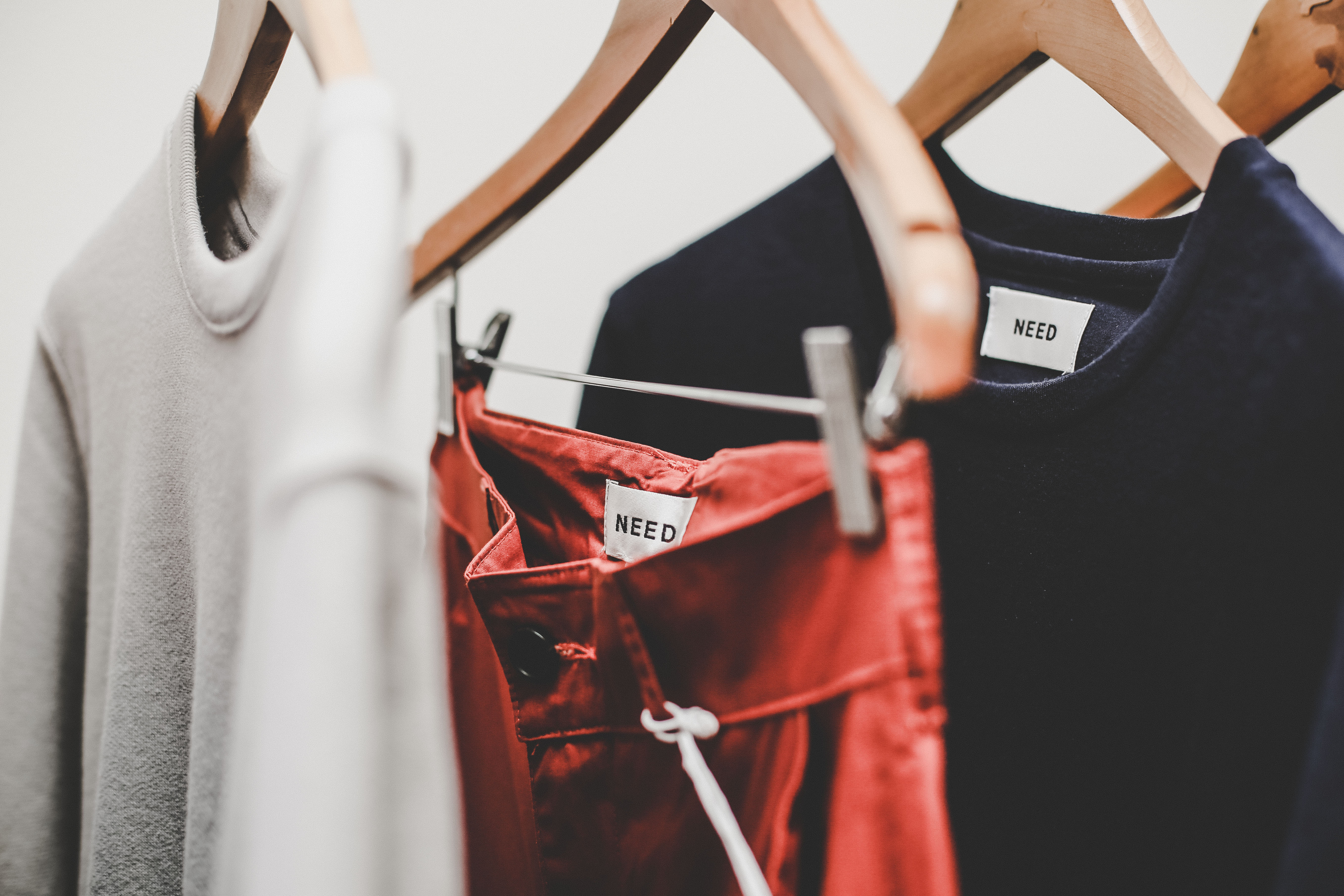 Four years ago, Need Supply took its love for storytelling and ventured into the publishing world, too, printing a bi-annual magazine Human Being Journal, which serendipitously led to Need Supply’s presence in Japan. At the time Need Supply Co. had a cult following in Asia and Japan specifically, which led to an opportunity to produce a Japanese version of the journal. A readership overseas formed, spawning two brick-and-mortars in Tokyo that opened in fall 2015 — one in Shibuya and another in Kumamoto — both "site-specific interpretations" of NSCO, selling indie Scandinavian and Japanese clothing and accessories along with labels exclusive to each location.

Instead of sitting back and resting on its successes, the brand continues to grow in new directions. As of this summer the website now sells homewares and lifestyle goods in addition to men’s and women’s apparel. And this past spring, Need Supply Co. launched its very own clothing line, Need — a small batch of ready-to-wear basics for men and women. The line includes simple, straightforward staples that have a fashion-forward look without feeling overly trendy, from casual wrap dresses for women to cropped chinos and linen button-downs for men.

According to Bossola, he and Ricioppo had talked off and on about launching a clothing line for years, and when the timing finally felt right, they went for it. "Two years ago, we were at the point where we had a large enough platform to create something internally that was ours," says Bossola. "This quarter is going to be a more cohesive collection," he adds, explaining that the items unveiled last spring were merely an introduction to the line.

"It’s a new area and you start small and that’s how we approached it," says Ricioppo. "We wanted to crawl before walk and walk before run." To continue to develop the young line, Ricioppo is now working in LA with his wife, Need Supply’s women’s buyer and fashion director Krystle Kemp, and a small team. Right now, they’re focused on clothing, but Ricioppo and Bossola both stress the possibility of expanding to bags, shoes, and other accoutrements down the line. The duo is playing with the idea of making the label available for wholesaling as well.

The brand has been growing at home, too. Just in time for its 20th anniversary, Need plans to reopen its brick-and-mortar store this November after a four-month renovation. The facelift will mean 30 percent more retail space, brand new fixtures, and overall, a more elevated look and layout. "With the store renovation, you’re really going to see the next level of what we are doing as a company and growing and evolving," says Ricioppo.

The new NSCO doesn't stop there. Bossola and Ricioppo hope to open storefronts in other cities, too. 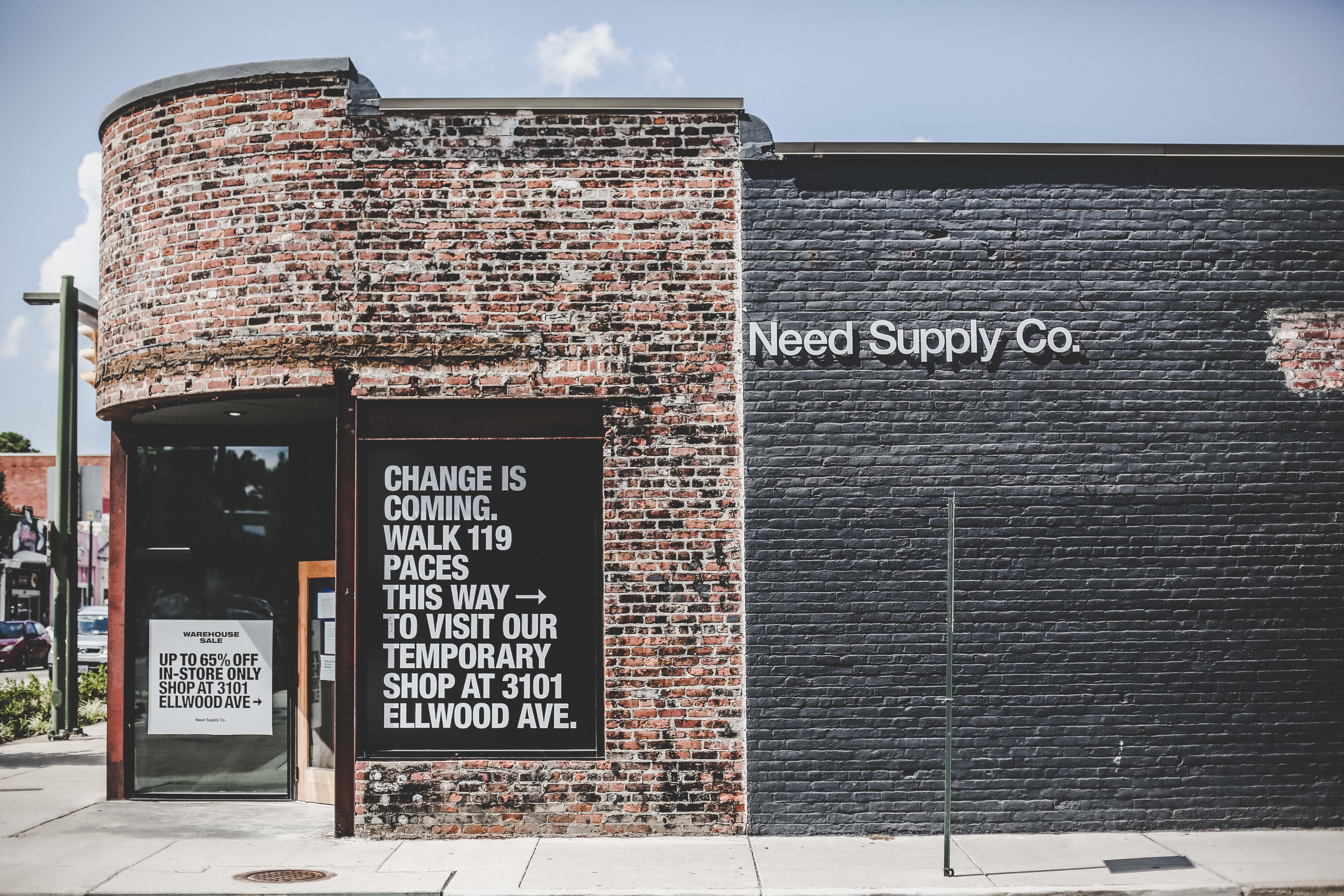 "The way we approach things is, we don't force things," says Bossola. "We plan to have other brick-and-mortar stores. We aren’t being super aggressive about locking up locations. It’s kind of the way we work. We do what we can do as well as we do it, and we keep our eye open for opportunities that will present themselves."

But while Need Supply continues to expand outwardly at an impressive clip, the brand is still very much grounded in Richmond.

"It's in our DNA," says Bossola. "We always try to view things through that lens. It's what makes us different from a brand based in NYC or LA."

For more on shopping in Richmond, see our ultimate guide to the city.

Man, It’s a Hard One: Why Can’t I Find a Vintage Santana ‘Smooth’ T-Shirt?

These Beaded Bags Are Fun as Hell

Your New Pet Rock Is This $2 Pumice Stone

View all stories in Shopping